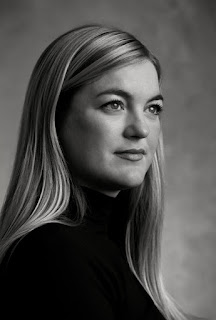 Sophie Haydock is an award-winning author living in east London. Her debut novel, The Flames, is about the four muses who posed for the artist Egon Schiele in Vienna more than 100 years ago. She is the winner of the Impress Prize for New Writers.

Sophie trained as a journalist at City University, London, and has worked at the Sunday Times Magazine, Tatler and BBC Three, as well as freelancing for publications including the Financial Times, Guardian Weekend, Arts Council, Royal Academy and Sotheby’s.

She has interviewed leading authors, including Hilary Mantel, Maggie O’Farrell, Bernardine Evaristo, Sally Rooney and Amy Tan. Passionate about short stories, Sophie also works as a digital editor for the Sunday Times Short Story Award and is associate director of the Word Factory. She judges writing competitions and hosts her own short story club. 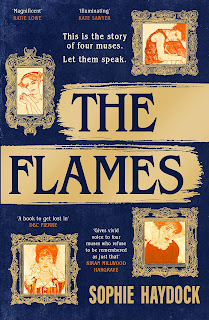 About The Flames, by Sophie Haydock
Vienna at the dawn of the 20th century. An opulent, extravagant city teeming with art, music and radical ideas. A place where the social elite attend glamorous balls in the city’s palaces whilst young intellectuals decry the empire across the tables of crowded cafes. It is a city where anything seems possible – if you are a man.
Edith and Adele are sisters, the daughters of a wealthy bourgeois industrialist. They are expected to follow the rules, to marry well, and produce children. Gertrude is in thrall to her flamboyant older brother. Marked by a traumatic childhood, she envies the freedom he so readily commands. Vally was born into poverty but is making her way in the world as a model for the eminent artist Gustav Klimt.
None of these women is quite what they seem. Fierce, passionate and determined, they want to defy convention and forge their own path. But their lives are set on a collision course when they become entangled with the controversial young artist Egon Schiele whose work – and private life – are sending shockwaves through Vienna’s elite. All it will take is a single act of betrayal to change everything for them all. Because just as a flame has the power to mesmerize, it can also destroy everything in its path …
From The Flames
Then Edith experiences the tipping point – a moment of balance before the descent – the sensation manifesting itself first in her belly. She puts her hand to her stomach, desperate, scared that somehow the baby is in danger, that it is all her fault. Why is she being so reckless?
She remembers, then, that she has been pushed to the edge by the people she loves most.
It takes less than half an hour for the wheel to complete its circuit. In that time, she has thought of death and love, of blood and betrayal, and where her loyalties lie.
Who can we trust in this world? Edith still hasn’t a clue.
She begins walking again. Where else can she go? She feels as if she were a homeless rambler, one of these unfortunate types who have frittered everything away and must wander the streets, with no chance of redemption or return. She is sure she’s mistaken for such a figure too, grubby as she has become, shivering and shaking. She warms her belly, thinking only of the baby, of its emerging limbs and eyes closed against the darkness inside her.
Edith approaches the market. Stalls are closing up for the evening, men and boys packing away the produce, piling up crates. She runs her hands over wrinkled fruit and meagre vegetables, the prices sky-high.
‘One for a pretty girl, down on her luck,’ a man says, putting his hand beneath his stall and pulling out an orange. He holds it out and she is transfixed. Edith sits down. He produces a knife to peel it. She’s so empty, and the juice is so sweet. It’s rare.
As she is leaving, she touches a stack of tall, brittle firewood, the only type that can be sourced during this sad war, and imagines the flames that will consume it, given time. They promise so much: life-giving warmth, and destruction. A line that is so terribly fine.
Posted by Creative Writing at Leicester at 02:15