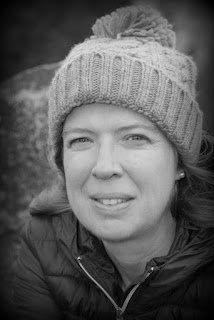 Rebecca Burns is an award-winning writer of short stories. Her story collections – Catching the Barramundi (2012) and The Settling Earth (2014) – were both longlisted for the Edge Hill Short Story Award. She was nominated for a Pushcart Prize in 2011 and 2020, winner of the Fowey Festival of Words and Music Short Story Competition in 2013 (and runner-up in 2014), winner of the Black Pear Press Short Story Competition in 2014 and, in 2016, was listed for competitions including the Evesham Festival of Words and Music, the Chipping Norton Festival, the Sunderland Short Story Award, and the Green Lady Press Short Story Award. She has also been profiled as part of the University of Leicester’s “Grassroutes Project,” a project that showcases transcultural writers in the county.

Her debut novel, The Bishop’s Girl, was published by Odyssey Books in September 2016, followed by: a third short story collection, Artefacts and Other Stories, in 2017; a sequel novel to The Settling Earth, called Beyond the Bay, was published in 2018. Her first novella, Quilaq, was published by Next Chapter in 2020. Kezia and Rosie is her seventh book. 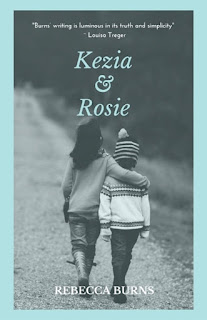 About Kezia & Rosie
When sisters Kezia and Rosie arrive at their grandparents' house in the summer of 1986 they aren’t sure when they’ll see their Mum and Dad again.
While her younger sister Rosie is content playing on the allotment gate and having picnics in the garden, Kezia begins to realise that things aren’t quite what they seem. While embraced in Granddad and Grandma’s loving care, it's not long before seven-year old Kezia begins to notice strange looks between them, hushed whispers, and secret phone calls. She realises she must step into the frightening adult world if she is to make sense of her parents' troubled marriage.
Written in beautifully delicate prose, Rebecca Burns' collection of linked short stories explores how a child learns to navigate new familial territory, the heartache of uncertainty, and a growing understanding of what, exactly, real love means.
From Kezia & Rosie, by Rebecca Burns
This is the best part of a weekend breakfast. When they first came to stay, the sight of creamy fat streaked with brown in the dripping pot made Kezia feel sick. It looked like earwax. Rosie point-blank refused to touch it. But even Grandma eats it on toast, so Kezia tried it. She found she liked the coffee-coloured blobs most of all, for they tasted of meat. Grandad puts a plate of toast in front of her and she takes the earthenware pot and smears dripping on top. He watches and nods.
‘Good lass. That’ll put hairs on your chest.’
Another of his sayings, she’s heard it before. She’s supposed to say in return – ‘but I’m a girl’ – and, because it’s her birthday and she doesn’t feel sad, Kezia does. Then a thought occurs and the words are out before she can stop them.
‘Did my mum like beef dripping when she was little?’
Grandad pauses over the frying pan. A frown on his face, which he tries to hide. The toast is a brick in Kezia’s mouth. The feeling of heaviness which has clung to her for days, except for this most precious of mornings, slams back into her.
‘Not really,’ Grandad says eventually. ‘Your Uncle Andy did.’
‘What about mushrooms?’ Kezia can’t believe she’s asking more. But, as it’s her birthday, she wonders if Grandad will open up and tell her something about her mother. It’s bright and early and sun streams through the kitchen window, turning the bottle of washing-up liquid into a collection of emeralds, and the clock ticks round like a steady companion. Kezia can see lint and dust in the air; it seems as if the house has momentarily slipped free of its mooring on Vernon Street, free of its place in the row of pre-war semi-detached houses with identical front lawns and paths and on the 318 bus route into town. At this very moment while Rosie and Grandma sleep upstairs, 3 Vernon Street is a floating space where anything might happen or be said.
Grandad sighs and turns off the gas under the frying pan. He sits down opposite Kezia. He places a thick hand against the silver teapot and pours himself a fresh mug.
‘This has been an upside down few weeks for you girls, hasn’t it?’ he says. ‘I don’t think you’re really interested in whether your mum liked dripping or mushrooms.’
Posted by Creative Writing at Leicester at 01:08