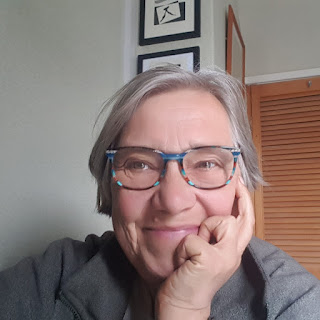 After living in London for fifteen years Zoe Brooks returned to her native Gloucestershire to write and grow vegetables. Her collection Owl Unbound was published by Indigo Dreams in 2020. Her long poem for voices Fool’s Paradise is published by Black Eyes Publishing in May 2022.

For fifteen years, Zoe divided her time between the UK and the Czech Republic, where she lived in a farmhouse under the shadow of the forest in the edge of the Sumava Mountains. Her blog Adventures in the Czech Republic recounts her time there and her love of that country.

Zoe is a member of the management team for Cheltenham Poetry Festival. She set up and runs the Poetry Events in UK & Ireland Facebook group and enjoys performing poetry. 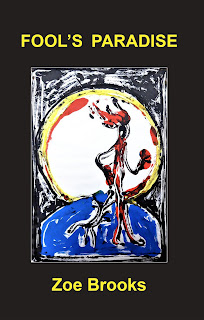 About Fool’s Paradise
This book-length mystical poem for voices was written following a visit to Prague immediately after the Velvet Revolution, a time which Zoe describes in her blog Adventures in the Czech Republic:
"... My friend was renewing old acquaintances and exploring business opportunities and so I just took the opportunity in her absence to explore and soak in the atmosphere, and what an atmosphere it was. It is now hard to explain what it felt like back in early 1990. I had no guidebook and instead just walked, following my instinct, often going over the same ground time and again. I was completely breathless with the beauty of the place and felt the city's history – both glorious and sad – reaching out to me from alleyways and courtyards, through the railings of the Jewish quarter and from the facades of once rich buildings. Now the visitor finds the route from Charles Bridge to Town Square lined with hawkers, shops crammed with souvenirs and frankly often tat; then it was quiet and powerful. The statues on Charles Bridge stood alone and silent, without the accompanying flash of cameras and chatter of posing tourists.
"On a number of occasions and at a number of places I came across small shrines of candles and flowers, set up to those who had been murdered by the oppressors. In Wenceslas Square there was a large makeshift memorial to Jan Palach – the student who had burnt himself to death in 1968 as a protest against the Russian suppression of the Prague Spring. Here there was a constant stream of people bringing flowers and lighting candles. It all felt hugely personal. I felt a voyeur watching the people's bowed heads. How could I comprehend what I was seeing? How could I share anything of the emotion that hung like incense in the air? And I was angered by other non-Czech visitors who stood around and took photos of it all.
"I regularly made my way back to the lights and warmth of Cafe Slavia either to meet up with my friend or to drink black Czech coffee and eat the Cafe's rich cakes. Energy and wits refreshed, I would then venture back on to the streets. I do not know whether it was the caffeine or the intensity of emotion in Prague at that time, but I increasingly found myself unable to sleep. In that heightened state I found angels everywhere – statues, in frescos, in pictures. I sensed too a presence in the air: the angels of Prague were weeping and rejoicing."
The poem that followed may have been inspired by that visit. It is not, however, about Prague. The city is in some ways a fusion of Prague and Istanbul, where Zoe had had another inspiring experience.
The Czech friend who features in Zoe's blog and who introduced Zoe to the Czech Republic was Hannah Kodicek. Hannah, who died in April 2011, was a multi-talented writer, actor and artist. In the latter part of her life she was a story editor – working on the Oscar-winning film The Counterfeiters and advising on Danny Scheinmann's Random Acts of Heroic Love. The monoprints used in this book were created by drawing with acrylic paints on glass and were created in response to the poem. For more about Hannah's life and work see here. To see more about Fool's Paradise by Zoe Brooks, see here. Below, you can read an excerpt from the work. Please click on the individual pages to read them.
From Fool's Paradise, by Zoe Brooks 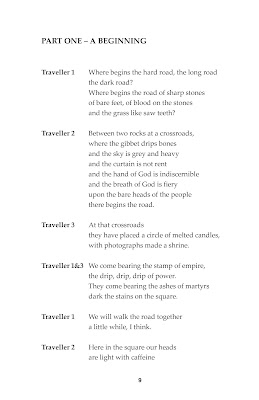 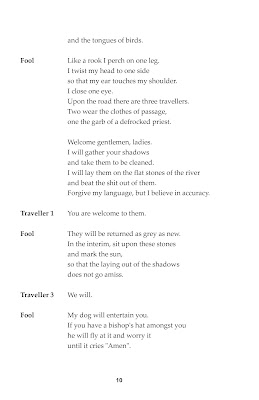 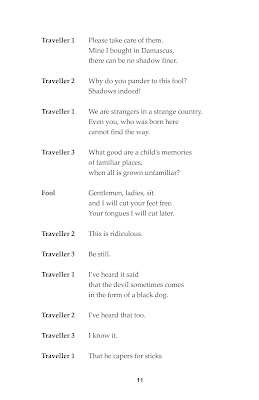 Posted by Creative Writing at Leicester at 13:30