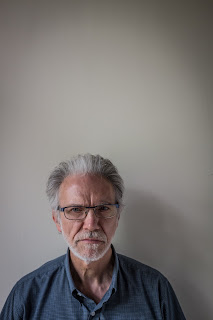 Ian Pople, photograph by Mark Epstein
Ian Pople was born in Ipswich and educated at the British Council, Athens, and the universities of Aston, Manchester and Nottingham. He has taught English in secondary and higher education in UK, Sudan, Greece and Saudi Arabia. He taught at the University of Manchester for over twenty years. 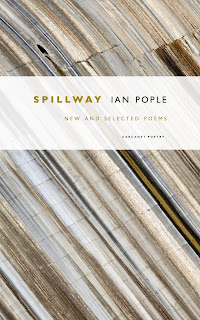 About Spillway: New and Selected Poems, by Ian Pople

Ian Pople is a man of the world. He has travelled and taught in the UK, Greece, Sudan and Saudi Arabia. His poems explore England, the larger world, and how changing perspectives readjust the sense of England and home. They deal with borders, crossings, closing boundaries. They are about transitions in space and time, the ways life and relationships change and adapt to illness, love, estrangement and loss.

The traveller changes identities as he moves, responding to different surroundings, and the early poems collected here provide a varied retrospect, moving through Africa, Europe and Asia – so that we read the more recent work from a different perspective. The travel poems explore the range of reactions, appropriations and misappropriations as physical and psychological boundaries are crossed. More recent writing responds to music and the visual arts, using assemblages or bricolage to convey the painfully familiar experience of displacement, dislocation. There are poems that answer back to figures from jazz history, Roland Kirk, Dupree Bolton and Pat Metheny among them. It is wonderful to encounter such an accomplished and varied a body of work which shares with us its vivid spaces and tones. Pople, one of the most lucid critics of modern and contemporary—especially American—poetry, is an original artist in his own right.

You can read more about Spillway on the publisher's website here. Below, you can read a sample poem from the collection.

From Spillway: New and Selected Poems, by Ian Pople

This is rain in the Home Counties.
It falls on station platforms, on bicycle

helmets, on magpies that strut
on the grass, among the crows that spool

from the tops of trees, and winter
wheat as it appears in the field,

the field corner with its weed and rubbish.
It is raining from the corner all the way

to the horizon, to where the ‘no’
is divided from the ‘yes’; and beyond

to that transfiguration, and to you,
old aerodrome among fields, runways

among grass, broken frames, Nissen huts
that rust among the silver birches.
Posted by Creative Writing at Leicester at 02:24