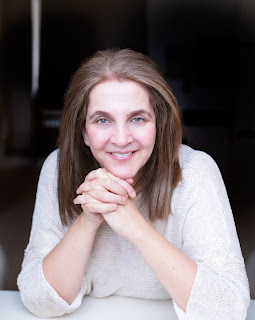 Louisa Treger has a PhD in English from University College London, where she focused on early-twentieth-century women’s writing and was awarded the West Scholarship ‘for distinguished work in the study of language and literature.’ She is the author of The Lodger and The Dragon Lady, and lives in London. Her new novel is Madwoman. Her website is here. 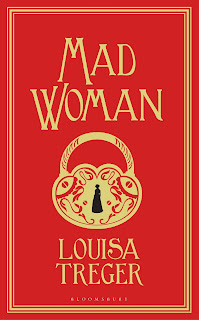 Madwoman, Louisa Treger’s third novel, is a dark, turn-of-the-century tale about the world’s first female investigative journalist, Nellie Bly. Desperate to prove her worth as a serious reporter in New York, she comes up with a dangerous plan – to fake madness and have herself committed to the asylum on Blackwell’s Island. She will go where no sane woman has voluntarily gone before, and she will come back with a story like no other. Madwoman tells the true story of a compelling historical figure and the institutions – from America’s newsrooms to its mental hospitals – she fought to make better for women everywhere.

From Madwoman, by Louisa Treger

The barge pulled away from shore, pitching and rolling. Some of the patients were whimpering or crying out, but the guards barked at them to shut up. There was a girl strapped to the bunk, weeping and shaking, her face smeared with snot and tears. Through her short, fair hair, raw patches gleamed on her scalp. Nellie got up to comfort her, but a hard-faced guard shoved her back onto the bench. No one else tried to help. Eventually, the girl’s sobs turned to sniffles and she fell silent, her eyes strained wide with fear. Nellie opened her mouth to speak to her, but caught the guard’s eye and let the words fall silent. The air in the cabin filled with stale breath.

She glued herself to the grimy porthole and saw schooners on the waterfront, gulls swooping low over the dark brown river that billowed and seethed like tea coming to the boil. Soon a handful of large buildings appeared on the horizon, strung out in a line on a long, narrow strip of land. The boat headed toward them and docked, bumping and creaking against the tires that lined the wharf. The women were led up a plank to shore. They stood quietly now; they seemed cowed, stunned.

Nellie breathed air deep into her lungs, trying to get a hold of herself. It was cool and fresh, smelling of damp earth. She could hear the staccato call of a thrush and, in the distance, crows were cawing. Coming from Manhattan, it was a relief to hear birds, to see all the green space, but they weren’t given long to enjoy it. New guards began herding them into an ambulance.

‘Welcome to Blackwell’s Island,’ one of them said. He cleared his throat and spat. ‘Once you get in here, you’ll never get out.’

Panic exploded in Nellie, turning her vision gray. She clenched and unclenched her hands, and her heart dragged at her ribcage. What on earth have I done? The Island was where they shipped criminals, paupers, the sick, and the insane; kept them out of the way, out of sight, so that sane, decent people didn’t need to have them on their minds.

Posted by Creative Writing at Leicester at 08:39