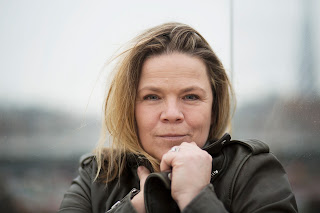 Amanda Jennings is the author of six psychological dramas and short stories, published both in the UK and abroad. Her debut, Sworn Secret, topped the Italian bestseller list, and was a UK kindle Top 5 bestseller, while In Her Wake was a W. H. Smith Fresh Talent pick. The Judas Scar, her second book, was optioned and is due to be rereleased later this year with HarperCollins. Her books are set in Cornwall, where her family originates and where her heart lies. The Haven came out in March this year in hardback, ebook and audio, with the paperback due out next spring. The Financial Times called it 'hypnotic,' while Lisa Jewell said it has 'spine-tingling ending that will take your breath away.' Amanda and her husband have three daughters and live in Oxfordshire with a menagerie of animals. Her website is here. 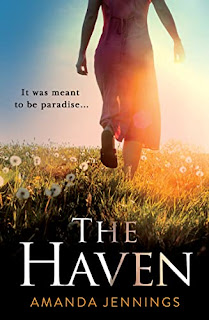 About The Haven, by Amanda Jennings

Winterfall Farm, spectacular and remote, stands over Bodmin Moor. Wanting an escape from the constraints of conventional life, Kit and Tara move to the isolated smallholding with their daughter, Skye, and a group of friends. Living off-grid and working the land, they soon begin to enjoy the fruits of their labour amid the breathtaking beauty and freedom of the moor.

At first this new way of life seems too good to be true, but when their charismatic leader, Jeremy, returns from a mysterious trip to the city with Dani, a young runaway, fractures begin to appear. As winter approaches, and with it cold weather and dark nights, Jeremy's behaviour becomes increasingly erratic. Rules are imposed, the outside world is shunned, and when he brings a second girl back to the farm, tensions quickly reach breaking point with devastating consequences ...

They lie together, limbs entwined, her body warm against his, his arms looped around her, their breathing synchronised. Somewhere outside an owl hoots. The dog responds with a half-hearted bark then the house stills. The silence is so loud it rings in his ears. He didn’t realise how much he’d missed this stillness until now. When he was a child he’d often creep out of the house at night. He’d lie in the rowing boat moored on the lake or hide in the soft grass in the fields, and stare up at the stars, a billion balls of fire a billion miles away, and imagine he lived on one. This place, this farm, is one of those stars. A new world. Somewhere they can be free. Somewhere he can build a home for his family.

Posted by Creative Writing at Leicester at 02:01