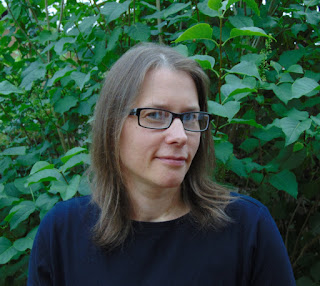 Teika Marija Smits is a writer, freelance editor and mother-of-two. She writes poetry, fiction and non-fiction. Her writing is heavily inspired by motherhood, mythology, fairy tales and folklore, and has appeared in a variety of places including Atrium, Brittle Star, LossLit, Prole, Ink, Sweat & Tears, The Poetry Shed, Mslexia, Literary Mama, Shoreline of Infinity, Best of British Science Fiction 2018 and Enchanted Conversation. The former managing editor of Mother’s Milk Books, she is now an Editor-at-Large at Valley Press alongside running The Book Stewards – a writers’ support site that she manages with her husband. In spare moments she likes to doodle, draw and paint. She is delighted by the fact that ‘Teika’ means fairy tale in Latvian. Teika is on Twitter @MarijaSmits and her website is: https://teikamarijasmits.com/ 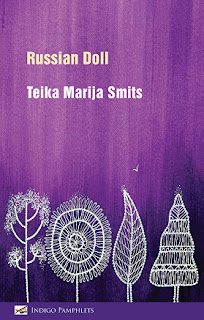 The poems of Russian Doll tell a story of metamorphosis and becoming. Charting the ever-shifting terrain of selfhood, they speak of the joys and challenges of being both daughter and mother; schoolgirl and middle-aged woman; and detail the many ways in which the stories of our lives are as multicoloured and multilayered as a Russian doll.

Once an actress, my Muscovite mother
knew how to make an entrance.
Striking in fuchsia
she’d arrive late
to my school performance,
call my name. Wave.
Have trouble finding her seat.

I’d glow crimson
and turn into the smallest
version of myself –
the littlest Russian doll,
the one most easily lost;
almost, but not quite,
invisible.

Curiosity, and a sudden thirst for savagery,
makes her split open the matryoshka –
pop pop pop pop pop –
until ah!
how satisfying,
the baby doll rests snug in her palms.
Posted by Creative Writing at Leicester at 07:49