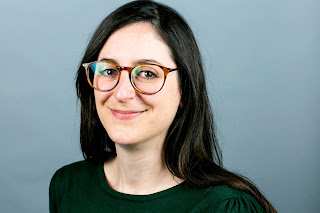 Gemma Seltzer is a London-based writer. Her work includes the Guardian’s award-winning virtual reality film ‘Songbird,’ the fictional blog ‘5am London’ and online flash fiction series Speak to Strangers about conversations with Londoners, subsequently published by Penned in the Margins. She collaborates with dancers, photographers and older adults to create writing and storytelling projects. Gemma has written for BBC Radio 3, performed her work at the Venice Biennale and runs Write & Shine, a programme of morning writing workshops, events and online courses. Gemma's new short fiction collection, Ways of Living, is forthcoming from Influx Press in July 2021. Her website is here. 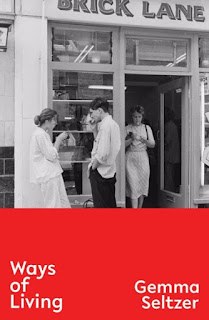 About Ways of Living

Andie can see no other way to escape a wedding than by hiding in a tree. Esther starts a new life in a King’s Cross hotel with a bad-tempered ventriloquist dummy, while Gina finally leaves a group of infuriating friends – but not before providing them with a suitable replacement.

Ways of Living is Gemma Seltzer’s keen exploration of what it means to be a modern woman inhabiting the urban landscape. Here are ten stories of ordinary women going to extraordinary lengths to be understood, acting in bold and unpredictable ways as they map their identities onto London’s streets.

How do we speak and listen to each other? Who gets to talk? And what is the true power of quiet in a noisy world?

You can find out more about Ways of Living on the publisher's website here.

Below, you can read a sample from the book.

From Ways of Living, by Gemma Seltzer

Extract from 'Other Esther'

The train jerks away from London Bridge station. Other Esther is in a wicker carrycot on the seat next to Esther. She’s tucked under several blankets that reach her nose. Esther keeps adjusting the pillows and fiddling with the straps.

Without Raphael, the voice isn’t right. He had years of practice, of course. Opposite sits a man with a cap and headphones, his eyes closed. Esther sits back and looks at her phone. Eighteen missed calls from her dad and loads of WhatsApp messages including family photos. She takes in the view from the window. Waiting on the train platform at Blackfriars, she notices a number of women standing alone, rummaging in a bag, involved in a book or staring at the tracks. She reaches under the blanket to touch Other Esther’s bare leg and wishes she could see the sky.

At King’s Cross, teenagers burst into the train carriage. Their teacher has a whistle that he blows. ‘Find a seat, find a seat!’ he calls, but they congregate near the doorway and along the aisles. Esther’s heart pumps fast. We understand her thinking. None of this would make sense to anyone else. No, it’s not a baby in here. No. So, it’s not a surprise that she’s soon stepping onto the platform, aiming towards the exit with the carrycot held to her chest.

Outside the station, there’s a row of shops then the road bends and leads to a long brown and concrete hotel building with four arches leading to a car park. It has identical flat windows like tired eyes. Esther sympathises.

‘Just for you, is it?’ says the woman behind the Travelodge counter. The price for a single is low because these rooms are in the older part of the building. ‘Or would you prefer something with a bit more space?’

Esther shakes her head and signs the forms. The lift delivers them to the third floor. As soon as they arrive, she unwraps Other Esther. ‘You’re not hurt?’ she asks.

‘I’m fine, no thanks to you,’ Other Esther says.

One of her pigtails is crooked and there are flecks of white on her dress. The two of them lie there, thinking their own thoughts. Esther follows the trail of clouds outside. It was clever of Esther to take the train but remain in London. Her dad probably thinks they’ve travelled down to the sea or up to Scotland. By now, he’ll probably have noticed his cash from the cabinet is gone. The bank might have filled him in on the rest of the story.

After a while, Esther says, ‘How about we freshen you up? I could do your hair, maybe?’ She leans over to take a handful of Wet Ones from her bag. ‘We’ll rest here for a bit.’

‘Finally, a good idea from you.’ Other Esther sounds like a stranger.

‘I think we’re both tired, aren’t we?’ Esther says and she feels older, like a parent.

Other Esther hums as her face is stroked with the wipe, and then her hair is brushed and plaited.

‘Do you love me?’ Esther asks.

There is no reply.

(An earlier version of this story was published in Cagibi journal here). 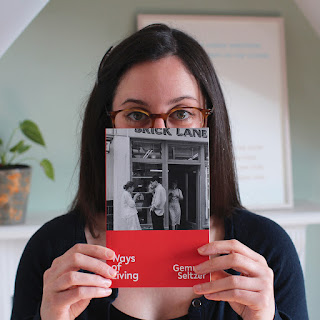 Posted by Creative Writing at Leicester at 05:19