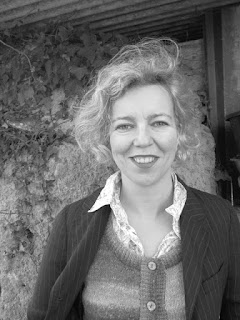 Jane Feaver is a novelist and short story writer. After an English Degree at Oxford, she worked at the Pitt Rivers Museum, then for a dozen years as Assistant Poetry Editor at the publishers, Faber and Faber. In 2001 she moved with her young daughter to Devon to take up a job at the charity, Farms for City Children. It is here that she began to write seriously, and published her first novel, According to Ruth, in 2007, shortlisted for the Author’s Club Best First Novel Award and the Dimplex Prize. After twenty years in the South West, where, latterly she worked as a Senior Lecturer at Exeter University, she moved, mid-pandemic, to Edinburgh, where she intends to remain. Her fourth book, Crazy, is published by Corsair this year. Her website is here. 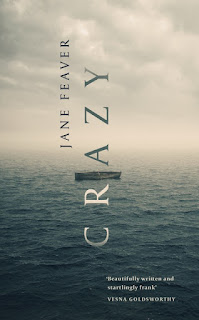 Crazy is a splicing of memoir and fiction, an autofiction, which, through the author’s recollection of an ill-fated romantic obsession, dips in and out of childhood to a present day, where she’s beleaguered by an unexplained pain. Questions of love, ambition and identity are held to account. But above all, perhaps, Crazy is about the process of story-making itself, and the ways in which those stories we absorb and accrue become the ones that have the power to break and to make us.

Below, you can read an extract from the book.

When I come back in, I ask him how it would be if I stopped taking the pill. He knows this is what I want, the drip-drip of my enthusiasm for children, how they give you the chance to start again, to see the world again from scratch.

Which I take to be a yes. Yes. He’s right, the one thing that isn’t finally in his control, that is in mine, that makes me equal to bird fish dragonfly lion. Yes, by the light of a silvery moon, a phosphorescence, the gentle pitch and creak of a bed on water as he follows me in; yes, to being in the boat together, held and being held, this long history of will-he-won’t-he-madness lain aside. Reptile marmoset phoenix bat. The pin hole of a universe through which the silken night is pushed and spread to cover everything, all creatures great and small, salted with starts, with planetary influence, the pollen shaken from flowers, dustings from wings of bees and other insects that sink straight into the pistil, the holy grail, well met, well met by moonlight, that silver kernel, that pip, which must have been there and you before I knew it. Was it? Whatever happened that night, something did, and for the first time in a long time I wasn’t making it up.

Posted by Creative Writing at Leicester at 01:24