Marshall Moore and Sam Meekings (ed.), "The Place and the Writer" 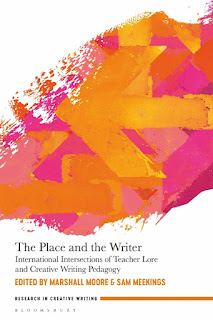 About The Place and the Writer, ed. Marshall Moore and Sam Meekings

The Place and the Writer: International Intersections of Teacher Lore and Creative Writing Pedagogy is the inaugural work in Bloomsbury’s Research in Creative Writing series. The motivation for creating this volume was the occasional disconnect between theorists, educators, and practitioners of Creative Writing. The chapters in the book examine the spread of Creative Writing around the world, and how this has led to lore manifesting in problematic areas, such as workshop structure; canon; issues of authenticity and appropriation; and pedagogical clichés (‘write what you know,’ ‘show, don’t tell,’ ‘find your voice’). The volume challenges many areas of the received wisdom that persist in the field, as well as refracting these through the perspectives of voices from outside the traditional poles of English-language scholarship. The book is full of diverse contributions from around the world (from South Africa to Brazil to Finland to Japan) and these decentre historically dominant views and voices in Creative Writing to focus on the connections between teaching practices and issues of identity, culture, and practice.

The book includes a chapter on writing memoir, 'Scenes of Judgement: Genre and Narrative Form in Literary Memoir,' by Jonathan Taylor of Leicester University.

You can see more details about the book on the publisher's website here.

Below, you can read about the editors, and an excerpt from the 'Foreword' of the book. 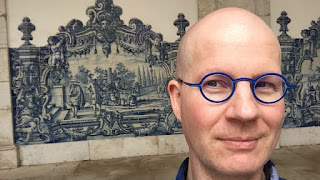 Marshall Moore is a Course Leader in English, Creative Writing & Publishing at Falmouth University in the UK. He is the co-editor of this volume. He is the author of several novels and collections of short fiction, the most recent being Inhospitable (Camphor Press, 2018). With Xu Xi, he is the co-editor of the anthology The Queen of Statue Square: New Short Fiction from Hong Kong. His short stories have appeared in Asia Literary Review, The Barcelona Review, Quarterly Literary Review Singapore (QLRS), and many other publications. He holds a PhD in Creative Writing from Aberystwyth University. His website is here. 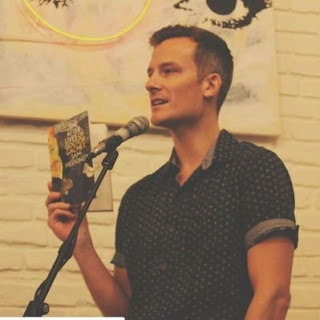 From The Place and the Writer

Excerpt from the 'Foreword'

As one might expect from the title, Paul Engle’s landmark essay 'The Writer and the Place,' a meditation on the origins of the Iowa Writers' Workshop, proposes that the school's serene location in the American heartland has an inspiring, enlightening effect upon the students fortunate enough to be accepted to the program. This is not merely to do with the benign atmosphere created by mellow Iowa prairies and the lazy, muddy river running through them. Something greater is at work here: Engle's hypothetical young writer should find that Iowa offers—along with bracing criticism—an alternative to the hubbub of Hollywood and the noise of New York. Freed from big-city distractions, the young writer will have ample time and space to reflect upon their work. Also on offer is community, and Engle suggests this is one of the Workshop's greatest benefits: the company of other young writers with similar dreams, aspirations, and levels of talent creates a unique environment in which the work and the writer may flourish. However, it is the idea of place that propels Engel's thoughts on Iowa's mystique. There is an ineffable combination of solitude and down-home American goodness to be found there, he asserts. A creative singularity. Or an exceptionalism, if we are to view the matter through the lens of today's geopolitics.

While one can today read Engle's essay and appreciate the passion he felt for the program he helped establish and the bucolic location it occupies, a contemporary scholar-practitioner might raise an eyebrow at his assertion that '[w]e do not have that intense concentration of talent in one city, as certainly exists in Paris, London, or Rome, where writers either know each other or know a good deal about each other' (1961: 5). At least in the English-speaking world, New York must surely rival London in terms of literary output. Other North American cities boast respectable literary communities as well: Los Angeles, Toronto, Chicago, San Francisco, New Orleans, Portland, and Vancouver come readily to mind. Yet what remains unquestioned in the essay is the supposition—the article of lore, as it were, or perhaps the myth—that a location offering a combination of beauty, stillness, and cultural virtue is a writer's nirvana. In such a setting, Engle suggests, writerly reflection will lead to the process of self-discovery from which inspired creative ideas will flow.

As expatriate scholars and practitioners, our combined experience both confirms and confronts these notions of place. Moore is from the American South, a region with a strong literary tradition of its own, distinct from that of the country as a whole. Growing up in semi-rural eastern North Carolina, he was keenly aware of the difference that accompanies Southern identity in the United States. However, it took him moving to California for that regional identity to assert itself. Moving out of the country several years later, first to South Korea and then to Hong Kong, he found that the regional distinction mattered somewhat less than it had in the context. Overseas, he was simply American. Meanwhile, Meekings is from the south coast of England, yet it was only when he moved abroad, living and working first in China and then the Middle East, that he began to notice the peculiarities and idiosyncrasies of English and British identity and how these had manifested in his educational experiences. In short, both our international experiences led us to consider the complicated relationship between practice and place and consider what other lores might look like, as well as how and to what extent might cultural beliefs around writers in general manifest in the classroom? This book attempts to answer those questions.

Posted by Creative Writing at Leicester at 01:23