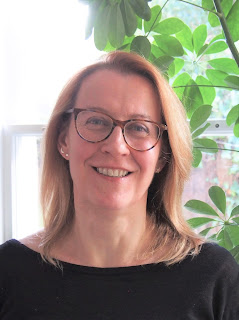 Isabel Costello’s debut novel Paris Mon Amour was published in 2016, followed by Scent in 2021 (Muswell Press). Her short fiction has appeared in many anthologies and magazines. She has run the Literary Sofa blog for ten years and is a keen supporter of independent publishing. Isabel is a writing mentor, tutor and book doctor and co-founder of Resilience for Writers. Originally from Wiltshire, she has lived in London for 30 years and has lifelong connections with France, where both of her novels are set. 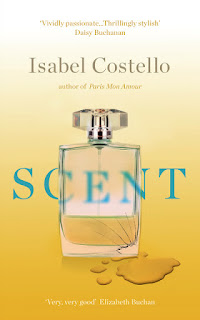 The cracks in Clémentine and Édouard’s marriage are becoming impossible to ignore. Her work as a perfumer is no longer providing solace and her sense of self is withering. Life tilts irreversibly when, decades after the disturbing end of a bisexual love triangle, Clémentine’s former lover Racha resurfaces. What does she want, if not revenge? Set in Paris and Provence, this is a beautifully written, intimate portrait of a woman navigating conflicting desires whilst dreaming of a fulfilling future.

You can read a review by Jon Wilkins of Scent on Everybody's Reviewing here. Below, you can read a sample from the opening of the novel.

At times like this, I take comfort in the fact I’ve never loved Édouard. I knew it all along but have never been one to dwell on uncomfortable truths. Frankly, I don’t know what I’ve been thinking for most of our time together. More than half my life. My husband chose me like an item on display, fresh but far from innocent. In fairness, I was willing. I’d seen where love could lead and I never wanted to go there again.

When today’s magazine interview comes out, thousands of people will see inside our home and my perfume shop. They’ll look at my clothes, the pictures on our walls, maybe squint at the spines of our books. They’ll think they know about my life, and they’ll be wrong.

I keep fiddling with my hair, debating whether to wear it up or down for the photos. For once Édouard is looking at me. Before I can even attempt to decode his expression, he says, ‘You know, in your line of work certain things could be seen as an investment.’ Our eyes meet and part in the mirror but I don’t release my grip; if anything, it tightens. Without intending to, I’ve been pulling my hair so hard that my face has lost most of its lines, my eyes wide and bright against the unfamiliar smoothness of my skin. It takes years off, just like that. If Édouard had never found me beautiful we wouldn’t be here, but what can you do?

Not what he was suggesting, that much I know.

His tone offends me more than anything: studiously uncritical, bordering on sympathetic, as if he thinks I’m seeking his blessing. And so fucking euphemistic – if we’re talking about taking a knife to my face, he should have the balls to say so.

I don’t react but the laser-like quality of the moment lets me see myself, the two of us, as never before. It’s been ten years since I looked like that, five since Édouard and I stopped touching beyond the minimum expected by friends and relatives. Which is to say, five years since my husband stopped touching me. I’m not looking for a consolation prize, but I am looking for something. More than this.

With an exaggerated gesture, I let my hair fall with a rush of relief as the blood returns to my cheeks. Édouard starts to make encouraging noises but it’s like trying to blow up a tyre he’s just slashed. He can think I’m doing this interview for him, if he wants. I’ve never made much effort with publicity and wouldn’t be now if Delphine hadn’t been so persistent, mentioning the idea every time our paths crossed. It’s all the same to me that she’s just married a powerful man Édouard wants in his corner with a crisis looming, but I am impressed by her determination to be her own woman, the only way to embark on marriage to a man with big ambitions. It took me a while to figure that out, but the way they look at each other tells me they have more than time on their side. Every day in Paris carries proof that love exists, in the air, on the streets and behind closed doors. Just not mine.

Posted by Creative Writing at Leicester at 01:50