Amirah Mohiddin, "The Storyteller: My PhD in Creative Writing" 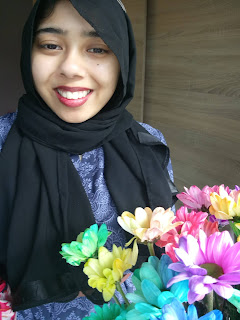 Born and raised in the U.K., Amirah Mohiddin spent much of her childhood (and teenage years!) writing and dreaming up fantasy stories. She developed quite a following in school as a storyteller that told ghost stories in the winter. She now spends her days working on a PhD in Creative Writing attempting to reconstruct female heroism in traditional Arabic literature via a YA fantasy novel. Her short stories, 'Alraqs,' 'Ruhi,' 'My Silence,' 'The Next Dawn' and 'I’ll Show you a Villainess' have been published in magazines, ebooks and physical books. She lives, breathes and bleeds writing but does occasionally enjoy going on a little walk and embroidering nerdy pictures from anime and books. You can read her story 'Ruhi' at Litro Magazine here. 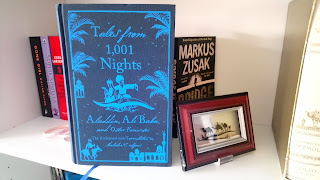 The Storyteller
By Amirah Mohiddin
In the summer of 2016, I decided to write and finish my first novel, blissfully unaware of how addictive writing really is. Now, five years on and five months into my PhD in Creative Writing, I can’t imagine a day without writing or thinking about writing.
I’m (already) five months into the first year of my PhD in Creative Writing with the University of Leicester. I’m working on a 65,000-word YA fantasy novel, The Storyteller, and an accompanying reflective commentary of 25,000 words. My novel is about a seventeen-year-old girl, Huria, who develops the power to change stories on her sixteenth birthday. She can stop rainfall with a couple of sentences, bring characters to life, or even change a person’s memories. But her power comes at a cost. If she stops rainfall, it comes back as a deadlier thunderstorm, and if she changes another person’s memories, she also forfeits one of her own. Her parents believe she is a musiba, a calamity, with catastrophic levels of power. They lock her in a silo. A year later, Huria wakes up, teetering at the top of a wall surrounding the fortified citadel. She has no memory of the last year. She puts the pieces of the situation together, quickly realising that her life is under threat. To control her own life and story, she makes the drastic decision to sacrifice the people of the kingdom to keep herself safe. Huria’s story flips between past and present as she pieces together her memories, showing how she became a villain in someone else’s story and her choices towards changing her own story.
My writing is heavily inspired by female heroism in Arabic epics. Beyond the warrior women who physically fight, I’m also interested in the women who use stories to fight their battles, manipulate situations and drive the plot to a resolution. Key characters that I’m interested in are the well-known Scheherazade from A Thousand and One Nights, and also the lesser-known villainess, Qamariyya, from The Adventures of Sayf Ben Dhi Yazan. My main character, Huria, is a mixture of both heroic Scheherazade and villainous Qamariyya.
My research focuses on a few key aspects, namely, young adult fantasy and Arab female storytelling. I’m looking at how Muslim women use fantasy, myth and folklore in storytelling to articulate female trauma and empowerment to rebel against patriarchal authority. One of the key pieces of advice writers get is: write what you know. As a writer – and I think many writers will agree – I put a piece of myself in my writing by writing what I know. Sometimes that’s with world-building, making it an Islamic state and using mythology and superstitions as the basis for my magic system. Other times it’s my experiences of gender inequality. With The Storyteller, I wanted to see a character who wasn’t purely a fierce warrior, but someone more representative of myself, a person who loves stories, writing and words. In essence, I want to see a Muslim bookworm or a bookdragon in a story.
My PhD in Creative Writing has only just begun and I’m enjoying it immensely. In the last five months, I’ve been able to fully immerse myself with The Storyteller, a story idea I chose because it’s so close to my heart and because I want to do it justice for all the bookdragons of colour out there.
Posted by Creative Writing at Leicester at 01:31