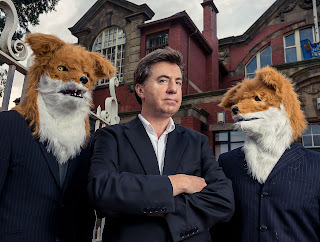 David Morley was trained as an ecologist. He won the Ted Hughes Award for The Invisible Gift: Selected Poems. His books from Carcanet include The Magic of What’s There, The Gypsy and the Poet, Enchantment and The Invisible Kings. David wrote the bestselling The Cambridge Introduction to Creative Writing and teaches at Warwick University. He pioneered podcasting in Creative Writing through his Slow Poetry and Writing Challenges spoken word projects. His book Phoenix New Writing was an anthology of Coventry poetry and won the Raymond Williams Prize. His latest book FURY was a Poetry Book Society Choice and shortlisted for the Forward prize for Best Collection. David is a Fellow of The Royal Society of Literature. He is a professor of writing at Warwick University and Monash University. 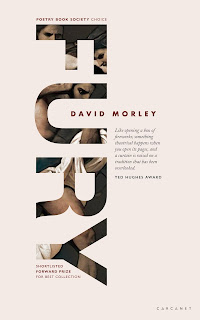 FURY sees the Ted Hughes Award winner David Morley once more seeking to give imaginative voice to the natural world and to those silenced or overlooked in modern society, ranging from the Romany communities of past and present Britain, to Tyson Fury and Towfiq Bihani, one of the forgotten inmates of the Guantanamo bay detention centre. In poems that bristle with linguistic energy and that celebrate poetry's power to give arresting voice to the unspoken and the untold, in ourselves and our societies, FURY is David Morley's most powerfully political work. It is a passionate testament to poetry’s capacity to speak to, and for, us and our place in the world - its power to be an outreached hand, like the 'trembling hands' of the magician in 'The Thrown Voice' or the 'living hand' of the poets celebrated in 'Translations of a Stammerer.'

You can read a sample poem from the collection below. You can see more details about FURY on the publisher's website here.

after George Seferis’s ‘In the Manner of G.S.’
for Damian Le Bas

Wherever I travel, Romany wounds me.
As I hoved into the horse fair at Stow-on-the-Wold
between Cotswold chintz shops and the roving road
HGVs hunkered after our wagons on the Fosse Way
cursing us with airbrakes and grunting gearshifts.
At Kenilworth fair, with its tailbacks to Longbridge roundabout,
vardos bottle-necked behind ponies from Pershore,
rocks rammed on verges of all the villages between
by Neighbourhood Watches with the policeman’s nod.
At Dereham fair I crow-barred the stern stones from the wayside
and flattened fat molehills under my 4 x 4
and snored under the stars of headlights flying across the bypass
and slung the crook of my kettle above an illegal blaze.
At Gressenhall, Swaffham, and Peterborough
the pubs were barred to me.
What do the Gentiles want, these polite people
who curse us we’re Romanian or worse than?
A copper pulls us over and barks for passports.
‘Mate, I come from Rotherham,’ laughs one Gypsy,
‘though it’s foreign country round these parts.’
And as we sleep Europe drifts away across the sea.
The cling-net of England closes. Our caravans are ships
with their engines flooded. Our lives are drowning.
Strange people, the English. They say, ‘this land is ours’
but they don’t rove beyond their commutes or school runs.
Imagine the coppers rocking up at their caravan sites!
Meanwhile, England keeps on travelling, always travelling backwards.
In my dream, our flotilla of caravans sets sail from Dover’s chalk shore
as though the little boats of Dunkirk were our own Gypsy vardos,
as though we were machine-gunned by our own spitfires,
and those brothers on the beach were our own strafed kin,
which we were, when we were borderless and one.
Between the horse fairs of Horsmonden and Appleby
at all the stopping places when I wake, and in every face I see,
wherever I travel, Romany wounds me.

Posted by Creative Writing at Leicester at 09:20