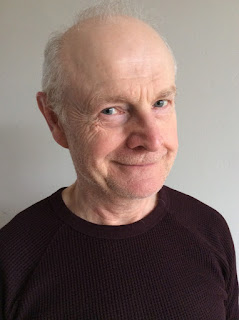 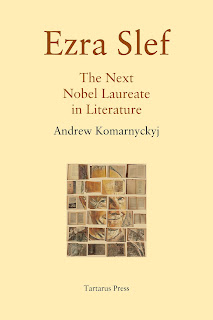 The pioneering writings of celebrated Russian novelist Ezra Slef have made him a titan of contemporary Postmodernism, with a worldwide following keen to know more about the man behind the books. Enter Humbert Botekin, a disgraced former professor of literature, and Slef’s biggest admirer. He writes the definitive biography of Slef, with compendious notes, an introduction, a list of plates, and a glossary.

But Botekin’s narrative soon spirals dangerously out of control. A supreme egotist, Botekin cannot resist assuming the foreground, so that his ostensible biography of Slef gradually changes into a personal memoir in which we learn far more about the biographer than about his subject. The narrative is both sinister and darkly comic.

Botekin’s secrets include making a Faustian pact with a well-travelled gentleman who bears an uncanny resemblance to the Devil—a likeness the self-absorbed Botekin fails to notice, even as his world collapses around him.

You can read more about Ezra Slef on the publisher's website here.

Below, you can read an extract from the novel. 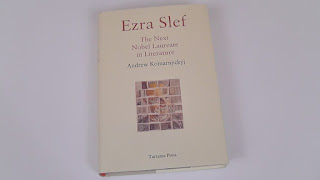 There is a body of opinion that Ezra Slef lacks a sense of humour. Nothing could be further from the truth. He has a well-developed, if somewhat eccentric, comedic sensibility. I remember as if it was yesterday the time he pretended not to be at home when I called at his house. It was only after I had knocked on his front door and rung the bell for fully fifteen minutes, and finally, in desperation, shinned up a drainpipe to gain access to a first-floor bedroom via a window carelessly left open, that he emerged from his hiding place and revealed himself to me. He made a great show of false annoyance at my antics, weighing into me with a series of expletives too extreme to repeat here, all the while shaking with suppressed laughter. He was so giddy he needed a glass of his favourite scotch whiskey to calm down.

Although Slef is a public figure known to all, he has a strong desire to keep his personal life private. When I asked if I could write an authorised biography of him, he refused point-blank to permit it. Faced with his intractable position on the matter, I thought the project doomed, until I realised I could use his sense of humour as a means of persuasion. I therefore said, in a jocular manner:

“I am not leaving until you give me permission to write your biography, Mr Slef.”

On hearing these words, he took hold of one of my ears in the same way a schoolmaster might take hold of the ear of an errant pupil, marched me good-humouredly to his front door, and ejected me from his house. The alcohol on his breath swirled around me as I stumbled and fell face-down in the snow. His parting shot, delivered with the deadpan humour which I know to be his trademark, was:

“You can write what you expletive well like, as long as it doesn’t involve me.”

The door slammed shut behind me as I lay on his path, shivering and nonplussed, wondering what to do next. Then, when I got to my feet, brushing snow from my clothes, the full significance of Slef’s words became clear, and my heart soared.

He had said: “You can write what you expletive well like” – i.e., he gave me his full permission to write his biography; and he had also said: “as long as it doesn’t involve me” – indicating that, as a working novelist, he was far too busy to grant me interviews and give me access to his personal papers, but other than for those two minor impediments, I had the green light to go ahead.

Regrettably, I was unable to interview Slef’s friends to obtain background information about him, because they are writers, critics, journalists, and the like, for whom time is at a premium. I have therefore based my book largely on material in the public domain.

Having devoted many years to collecting photographs of Slef to illustrate this work, I met with a last-minute hitch. The images I had lovingly collated could not be used as they were subject to copyright, and the copyright holders were reluctant to allow publication. The issue would have been easily resolved but for the fact that their lawyers behaved like rabid Pit-Bulls, so we have ended up with a biography lacking any photographs of its subject. In order to remedy this omission, I have included in it a number of detailed pen-portraits of Slef. Even if you have never seen a picture of him, by the time you finish reading the book you now hold, you will feel you have looked into his penetrating blue-grey eyes, shaken him firmly by the hand, and perhaps even enjoyed a drink with him in the King’s Arms on Holywell Street, in Oxford.

Ezra Slef was born in 1960, or something like that. To be frank, I am not interested in his date of birth, and nor should you be. Such detail may be important to the small-minded, but is of no consequence to me. My interest lies only in the grand sweep of ideas.

He grew up in Russia, which perhaps accounts for his ability to use expletives in creative ways I never encountered until I met him.

It is easy to imagine the young ES (as I shall hereinafter refer to him on and off  in the interests of brevity) in his hometown of Moscow, a studious child like me, one who was no doubt picked on by his churlish peers. Enduring their mocking laughter every playtime will have been torture for him. It was only to be expected that he would become a bookish type, choosing to spend his days in the school library rather than risk the cruel taunts of his unappreciative peers. Little did they know he was one day to become a celebrated man of letters, standing tall on the world stage of literature.

There was one lad in particular – Brian Jessop – who made my young life a misery. I am sure Slef had more than his own fair share of Brian Jessops. Perhaps he made light of the situation. I doubt it. It is far more likely he developed a festering hatred for such characters, one which would lead to all manner of unpredictable outcomes in later life.[1] But I am getting ahead of myself.

So precocious was the young Slef that before his teens he was reading a vast range of literature from Beckett to Elliot to Pound. This had to be done in secret as he attended the sort of school where academic achievement was frowned upon, and likely to earn the achiever in question a summary beating at the hands of one of the school’s many fearsome bullies.

What can it have felt like for the young Slef to be so abused by the thugs who patrolled his alma mater in search of victims to prey upon? Drawing on my personal experience, I am able to paint a vivid picture of what he endured and how it must have felt.

[1] Unknown either to me or Jessop at the time, our paths were to cross long after we left school, with seismic consequences. 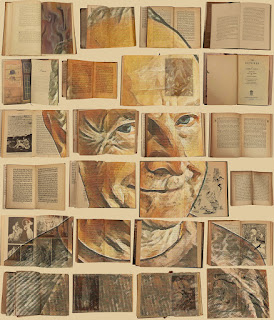 Posted by Creative Writing at Leicester at 00:57