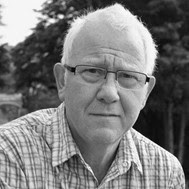 Graham Mort is Emeritus Professor of Creative Writing and Transcultural Literature at Lancaster University. He was born where a post-industrial mill town merged with rural Lancashire and became an academic after jobs as a gardener, mill operative, dairy worker, psychiatric nursing orderly, teacher and freelance writer. His work has taken him to many countries in sub-Saharan Africa as well as China, Vietnam and Kurdistan. He has published ten books of poetry; Like Fado is his third book of short fiction. His collection Touch (Seren) won the Edge Hill Prize in 2011 and his story, 'The Prince,' won the Bridport Prize in 2005. 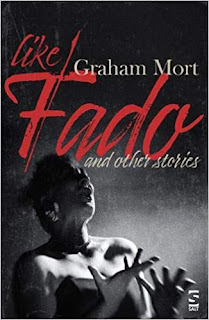 Like Fado consists of thirteen stories, culminating in the longer novella-style piece 'Whitethorn.' The stories are set in the north-west of England, Italy, Kurdistan, France, Spain, Portugal and South Africa. They are not formally linked, though music is a strong motif in a number of them, underpinned by the structural effects of poetry. The stories are characterised by a prevailing sense of narrative ellipsis and uncertainty compounded by surmise and half-truths as their characters stumble into remembered histories and forgotten futures. In a sense, they're all ghost stories, or the stories themselves are ghosts. The Portuguese musical form of fado, imbued with saudade - an almost inexpressible sense of sadness, lost love and nostalgia – acts as a reference point for the experience and emotions of characters that are both powerfully felt and ambivalently realised.

In the title story, the narrating character wanders Lisbon, killing time, a flaneur equipped with camera. A chance encounter in the African quarter takes him into a woman's house where she leads him upstairs to her mother. You can read an extract from the story below.

The old woman was beautiful in the way that only the very old and the very young can be, her skin exquisitely creased, her irises and pupils dark, merging to the point of invisibility. Her hair still black, apart from a crinkling of white at the temples.

I stepped towards the window and saw a group of schoolchildren in the street below being chivvied by their teacher. He wore a lanyard and a straw hat. Inside the room it was hot and still and the sun made wedges of dust where it penetrated the shutters. The younger woman was pointing to my camera, turning to tug at the blinds to let in more light. She cupped her hands towards the figure in the bed. The old lady was emitting short, hoarse breaths.

She pointed to the camera again. The old lady turned her face to me, without expression. It was then I realized that she was dying, that the scent in the house was the sweet scent of someone passing from this life to the next.

I took some shots, nudging the window shutters open a little, taking a couple with the aperture closed down, then some wide open, so that only the old lady’s face was in focus. Then a shot of her hands where they were folded on the white sheet, tangled in a rosary. The colours in the room were muted. It felt almost pornographic to look at her through a lens. The younger woman was pressed into a corner. Although the old lady was looking at me, she seemed to be watching a far distance. A desert traveller or a sailor nearing home, crossing the seam between this life and whatever lay beyond. As I worked, her eyes drooped and her head turned to one side, breath softening as if she was no longer able to make the effort of wakefulness. Her daughter put her hands together at one side of her face to show me she was sleeping now.

Posted by Creative Writing at Leicester at 08:52