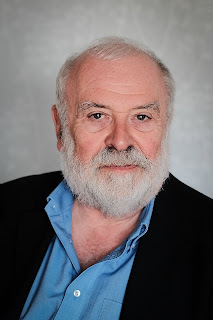 Bruce Harris is a Devon-based author and poet who has been consistently successful in short fiction and poetry competitions since 2003. Bruce has published three collections of short fiction, First Flame (2013), Odds Against (2017), and The Guy Thing (2018), and three poetry collections, Raised Voices (2014), Kaleidoscope (2017) and The Huntington Hydra (2019). His first novel, Howell Grange, was published in October 2019.

Three of his books, Odds Against, The Guy Thing and The Huntington Hydra were published in aid of the Huntington’s Disease Association.  Bruce’s partner was diagnosed with HD in 2016.

A fourth short story collection, Fallen Eagles, is to be published early in 2021, and it will be in aid of the Huntington’s Disease Youth Organisation. The book includes sixteen ‘coming of age’ stories and a Foreword by the Chief Executive of the HDYO. 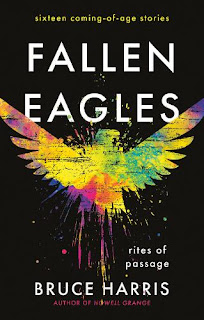 The title story, 'Fallen Eagles,' is a Hamlet-inspired story about a Scottish boy who loses his idolised mountaineer father in an accident and blames his uncle to such an extent that he contemplates murder. Other stories involve the French Revolution, the First World War and more contemporary situations such as coming out, shaking off the parental yoke and exploring old and new love. Each story explores the diversity of young people’s experience as they emerge into adulthood and the wide-ranging themes are both contemporary and relatable to the modern reader.

Did he appear behind me, Dougal Murray in his prime, pale and shadowy like a phantom apparition? No, he didn’t. Did his voice come echoing down the hill at me, calling out like some lost spirit? No, it didn’t. The apparition was all in my mind, and the voice like a disembodied whisper which communicated ideas without having to articulate them in so many precisely defined words.

Be aware. Stuart saved my life several times, as I saved his. Be aware. He loved your mother almost as much as I did, and he gave way because she chose me. Be aware. Once in a blue moon, harnesses fail; invisible deterioration, hitherto unrealised missing internal part, untraceable consequences of exposure to extreme climate conditions.

Remember. Violence and vengeance are a downward spiral, kill or be killed, until, like the mightiest and proudest eagle, your own fall will come. Remember. The eagle’s blood is still on your hands, human blood is about to follow, and soon, inevitably, your blood will be on someone else’s hands. Remember. Your mother’s heart has been broken once; breaking it again will finish her for ever. Remember. You have almost discarded two people, your lover and your brother, who care for you deeply; you are about to break their hearts as well. Remember, Duncan, remember. These things are true, and you know them to be so.

The words, sentiments, assertions, were invisible, but they were not there in my head because of my own independent consciousness. Someone external to me put them there. I found myself looking around me, ridiculously, for someone, anyone, who was in my vicinity. But there was nothing but the air, the sky and the braying conversation of well-bred voices, growing gradually louder.

Posted by Creative Writing at Leicester at 12:06