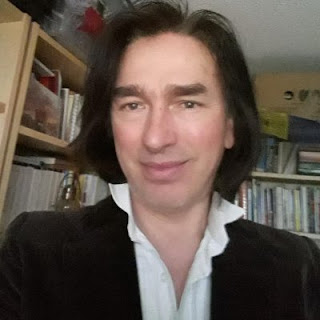 Dr Kevan Manwaring is a lecturer in Creative Writing at the University of Winchester. He is an alumnus of the University of Leicester, where he completed his PhD in Creative Writing under the supervision of Dr Harry Whitehead in 2018. He also taught Creative Writing at the university. His novel and now audio drama Black Box was written alongside his doctoral research, inspired by interdisciplinary conversations on campus and visits to the National Space Centre. It won the national 'One Giant Write' science fiction manuscript competition in 2016. 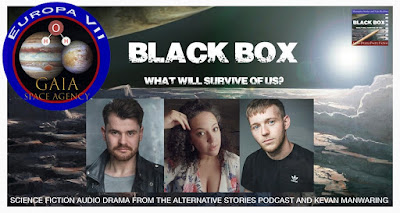 Prize-winning eco-science fiction novel Black Box, by Kevan Manwaring, has been adapted into a gripping audio drama by Alternative Stories and Fake Realities as part of their CliFi season.

Inspired by the cutting edge research into artificial intelligence and space exploration at the University of Leicester (where Kevan completed his PhD and won various writing commissions) Black Box was written as a ‘side novel’ during his part-time research degree – a break from researching Scottish folklore for his main project. He entered the national Literature Works ‘One Giant Write’ science fiction novel manuscript competition ‘on a whim’ and won it.

Kevan wrote a draft of Black Box while on writing retreat in a remote croft on the coast of Wester Ross, Western Highlands. To research the settings of the novel he visited the National Space Centre, and the biomes of the Eden Project in Cornwall.

Adapting his own opening chapters for the pilot episodes, Kevan has worked closely with sound engineer and Alternative Stories director, Chris Gregory, who recruited and recorded professional British and American actors, and created the soundtrack and soundscape.

Launched as part of the Alternative Stories CliFi season, Kevan was interviewed about his project in a special feature alongside fellow writer Anna Orridge, whose short story, ‘Backdrop,’ was also adapted. You can listen to the interview here.

Black Box is a dark eco-science fiction thriller about the consequences of exploration of the Solar System and beyond. A desperate mission to find water – and the possibility of life – on one of Jupiter’s moons is set against a backdrop of a dying Earth. Kevan says: 'In Black Box, I wanted to look into the abyss, but I also wanted to offer a glimmer of hope. I offer not another bleak dystopian vision of the future, nor a wildly optimistic utopia, but what Atwood terms an "Ustopia" - for one man's heaven is another man's hell.'

You can listen to all three pilot episodes of Black Box here.

Posted by Creative Writing at Leicester at 01:16