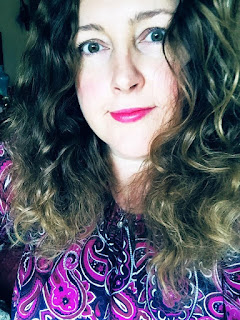 Anna Vaught is a novelist, poet, essayist, short fiction writer, editor and a secondary English teacher, tutor and mentor, mental health advocate and mum of 3. 2020 saw the publication of Anna's third novel, Saving Lucia (Bluemoose), which has just been longlisted for the Barbellion Prize, and a first short story collection, Famished (Influx). Anglo-Welsh, she splits her time between Wiltshire, Wales, and the Southern US. She is currently finishing a new novel and working on some non-fiction, while a further novel and second short story collection are on the desk. Anna’s essays, reviews, articles, and features have been featured widely online and in print. She is represented by Kate Johnson of Mackenzie Wolf Literary Agents, in New York City. Her website is here. She is also on Twitter @BookwormVaught and Instagram @bookwormvaught6.

Anna Vaught will be giving a guest talk and masterclass as part of the MA in Creative Writing at the University of Leicester on Wednesday 3 March 2021. If you are interested in attending, please email Jonathan Taylor (jt265[at]le[dot]ac[dot]uk). 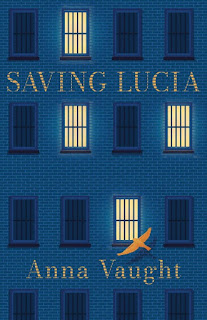 How would it be if four lunatics went on a tremendous adventure, reshaping their pasts and futures as they went, including killing Mussolini? What if one of those people were a fascinating, forgotten aristocratic assassin and the others a fellow life co-patient, James Joyce's daughter Lucia, another the first psychoanalysis patient, known to history simply as 'Anna O,' and finally 19th Century Paris's Queen of the Hysterics, Blanche Wittmann? That would be extraordinary, wouldn't it? How would it all be possible? Because, as the assassin Lady Violet Gibson would tell you, those who are confined have the very best imaginations.

Saving Lucia explores the last days of the life of the Hon Violet Gibson, would-be assassin of Mussolini. In St Andrew’s Hospital, her lifetime co-patient is Lucia Joyce, daughter of James Joyce, and Lucia helps Violet to organise one last and extraordinary adventure, together with two other well-known psychiatric patients, and in the process secure freedom and understanding for herself. Saving Lucia is historical fiction with strong fantastical elements woven in - the journey undertaken is itself a work of prodigious fantasy - plus refrains and rhythms from the works of James Joyce, particularly Finnegans Wake. It is a testimony to the role of the imagination in mental illness and in confinement and its stimulus was the long and difficult experience of its author, who saw these women not as cases, but as heroines.

Below, you can read the opening page of the novel.

Violet Albina Gibson, the Honourable, was behind bars, wearing an immaculate black crepe dress, clasping her finest manners and a lovely, lacquered fountain pen, for letters to Churchill and others. She was a criminal because, in April 1926, in Rome, she shot Mussolini. And she was insane with it; an assassin with devotions, prayers and visions. Not a steady-handed murderer, but one that broke apart most untidily and could not be trusted. In prison, in Rome, she threw a chamber pot at her guard and a flower press at a crackbrain; for an Honourable lady, such rude things she said. Then there were the screams and intransigence: strange mystical tantrums. And in 1927, when they put her in the mental hospital, in England, behind those necessary bars, through which you saw a fine vista—oh and the borders were lovely this year! —she would never do a jigsaw or embroidery, when instructed for her own good. Only towards the end of her life would she do one thing they suggested: she agreed to stand outside with the birds and encourage them to feed from her hands.

Other than that, a hopeless obdurate virago, a strange dotty old girl, mad with religion. And a danger. Or a nuisance. Or both.

Posted by Creative Writing at Leicester at 01:08