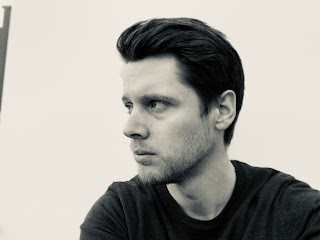 Chris Westoby is the author of The Fear Talking, published December 2020 by Barbican Press. He is Programme Director of the MA Creative Writing (Online) at the University of Hull. Outside of facing down his own fears in his debut book, Chris is interested in the untold stories of others. He leads a Writing from Life module and has conducted narrative research exploring gendered barriers in higher education and how social media impacts the aftermath of a death by suicide. He believes in the power stories have to improve understanding, practice and the wellbeing of the storyteller. 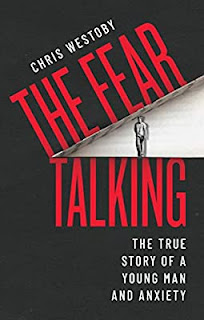 About The Fear Talking
By Chris Westoby
I'm a thirty-year-old who has had a severe anxiety disorder for my whole life. Growing up, I kept my illness secret, even from my parents. Partly through the shame of the things I thought, the things I was afraid of, my hidden behaviours, but also because it was the 00s and nobody talked about these things. I had no idea what was up with me. That secrecy, confusion, isolation, avoidance is what The Fear Talking is all about.

I know there are others out there who feel as isolated as I did, so I wrote the book I always wish someone had handed me. This is not a book about getting better, or turning my experiences into something positive. There are enough success stories out there. Not everyone does recover, and I want that position to be better represented. The Fear Talking is written in the confused and terrified voice of the sixteen-year-old me who didn't know what the hell was wrong with him. It's a book about breaking through that wall, someone learning about anxiety from the very bottom, learning to communicate it. It's about the damage it causes to others, but also the moments of real connection that come from finally understanding each other.

Below, you can read an excerpt from the memoir.

From The Fear Talking

‘What’s the matter?’ Mum says. Her voice restrains itself. It’s almost formal. She puts two slices of bread in the toaster and pushes the lever down. Tops her cup of tea up with a little kettle water. Every movement faster and louder than usual.

‘I’ll have to take you in, then.’ She turns over a jumper that’s drying on the radiator. The toast pops up. I keep my head down until she takes her breakfast through to the lounge, then I tread quietly upstairs.

For ten minutes I hope she might forget me and just go to work.

‘Let’s go, then,’ she calls from downstairs. I hear her plate and mug go in the dishwasher. The hollow clop of her shoes marching down the hall. The jingle of her keys. My mind is made up. She can’t seriously think I’ll come down.

Down by the front door, she looks up at me. Her voice coiled and sharp, her eyes shining. ‘Get your bag and let’s go. I’m going to be late at this rate.’

She looks around, her head doing little shakes.

The snap I was waiting for. Her voice raises, ‘Then get changed and get your arse down to that workshop, and at least make a living for yourself if you’re throwing your education away.’

Her voice cracks into a high-pitched shout, through pressed teeth. ‘I’m wild!’

What an odd thing to say.

She comes storming up the stairs. I move out the way.

‘I’ve got one son who avoids me and another who’s deceptive.’

She does something in her room and then runs past me, down the stairs again. She’s still shouting as she picks her bag up and makes for the door, but it’s the slight muffle through gritted teeth and the wobble in her voice I hear more than the words. The door bangs in its frame. Through the obscured glass, her Fiesta’s little engine revs like a boy racer’s car as it reverses out the drive.

I sit on the stairs for a long time.

Posted by Creative Writing at Leicester at 04:32