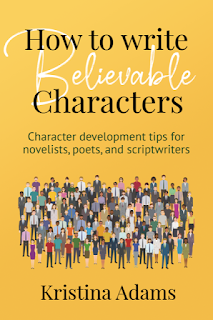 If someone were to write about my goals, ambitions, and motivations, they’d probably put something like this: ‘She’s obsessed with writing. The first story she wrote outside of school was about a stolen china teacup. She was seven. Since then, she’s experimented with many different genres and mediums. No matter what gets in her way, she’ll always find a way to write. Her chronic pain sometimes makes it difficult to write, but when this happens, she finds ways around it. The thing that motivates her the most to write is her strong desire to help people.’

That paragraph tells you a lot about me, doesn’t it? It’s fair to say that I have a pretty one-track mind – most of my life revolves around writing. I really can be quite boring in that regard.

When that comes to goals and ambitions for characters, that’s not necessarily a bad thing. Your character needs to have one main goal they’re working towards. Any more and it makes it confusing for you to write and confusing for the reader to follow.

The only exception to the one-goal rule is in a series, where you could have a goal per book and also one per series. For example, a detective in a crime novel could be motivated to find the murderer. But her goal in the series could be to find the person that murdered her mother ten years ago. The early seasons of Castle slowly explore this backstory for Beckett, teasing out bits of information about it from her as she learns to trust the titular character. Some of the show’s most powerful episodes are tied to Beckett’s search for answers about what happened to her mum because the victim of the crime is someone the viewer knows so well.

Think about TV shows from fifteen or twenty years ago. Often, episodes would have two layers: the demon / murderer / conundrum of the week, then on top of that a serial arc. The episodic theme could lead them to figure out elements of the serial arc, too. At the end of the series, either that arc is wrapped up, or a new layer / question is added to it to lead into the next series.

Goals and motivations
Motivations are tied to goals. If someone’s goal is to publish a book, their motivation could come from other people suggesting they do it, or from their deep desire to share a particular story. The thing that holds them back will always be their fear or their flaw.

Quite often, their flaw will come in the form of a fear, but not always. But let’s run with fears for a moment. In the case of a writer, it’s often the fear of being judged or rejected by agents, publishers, critics, and/or readers.

Fear is what holds people back in their goals more than anything else. For someone to achieve their goal, their motivation to do it must be stronger than their fear.

Fear tends to run deeper than claustrophobia or arachnophobia, although they can be useful if you want to torture your characters in a particular scene. It would be hard to carry a whole story – or series of stories – on something like that. A scene that focuses on it – or someone avoiding particular situations because of it – could work.

Everyday fears are the ones that hold people back more without them even realising it. Often because they don’t know they even have those fears. These include the fears of judgment, embarrassment, rejection, loneliness, or physical or mental health problems. These fears are tied to other people and our needs as a social species. We’ll do anything to not feel ostracised from those around us, both the people we love, people we don’t know, and sometimes even the people we hate. We want to feel like a part of something. Your characters are no different.

But you could flip that on its head. What if your main character needs to speak at a charity event to raise money for a friend to get a new cancer drug that their healthcare won’t cover? Their goal, then, is to help their friend. It motivates them to overcome their fear because they’re more afraid of losing their friend than of getting up on stage.

As I’ve said, fears are one of the bigger flaws, but there are plenty of others you can play with. There are the seven deadly sins: anger, greed, gluttony, lust, pride, sloth, and envy. Depending on what you’re writing about, these could give you considerable ways to put your character’s primary goal at odds with how they’re used to behaving. Someone who’s surrounded by material wealth having to give it all up and discover they don’t need it after all is a common one. Or someone very slothful discovering their motivation because they’ve finally found a real cause to get behind. Or maybe someone whose default reaction to not getting what they want being anger finally having to confront how unhealthy their angry behaviour is.

To come up with your character’s flaw or fear, think of something that’s directly at odds with what they want to achieve. That could be a musician with stage fright, a would-be politician who’s afraid of judgment, or a lust-filled nun. 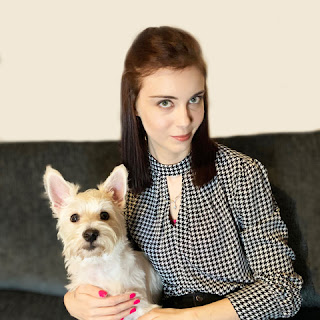 About the author
Kristina Adams is an author, blogger, and reformed caffeine addict. She’s written nine novels about our fascination with celebrity culture, three nonfiction books for writers, and too many blog posts to count. She shares advice for writers over on her blog, The Writer’s Cookbook.

Posted by Creative Writing at Leicester at 00:49