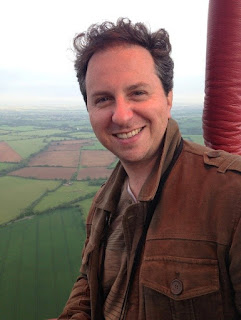 Gregory Leadbetter is the author of two poetry collections, Maskwork (2020) and The Fetch (2016), both with Nine Arches Press, as well as the pamphlet The Body in the Well (HappenStance Press, 2007), and (with photographs by Phil Thomson) Balanuve (Broken Sleep, 2021). His book Coleridge and the Daemonic Imagination (Palgrave Macmillan, 2011) won the University English Book Prize 2012. He has published widely on Romantic poetry and thought, twentieth-century and contemporary poetry, and he has written poetry and radio drama for the BBC. Five poems from The Fetch have been set to music for piano and voice by the composer and pianist Eric McElroy (listen here). He is Professor of Poetry at Birmingham City University. 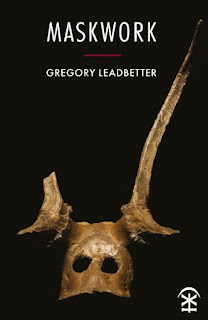 In theatre and ritual, a mask acts an organ of becoming, seeing, and knowing. It embodies and enables an altered state, both in its wearer and its witnesses: grants access to an otherworld, to mysteries hidden within and beyond ourselves, to experiences that call to and quicken powers of life and being. Poetry has always been akin to theatre and ritual for me, in this way, and the title of this book, Maskwork, expresses that connection. It is also a riposte to literal-mindedness, and the damage it inflicts upon us. But how can the imaginary be real?

When the right conditions have been created, the non-realism of the imaginative act cuts through the passing show that for most of us, most of the time, passes for reality, to speak to the fundamentals of our being: the ecstatic wakefulness we know in love, compassion, sex, desire, fear, awe, and wonder. In this way, the show – the theatre, the ritual, the art – of poetry touches the roots and springs of our reality, the fibres of its making. It acts as a germinal power on our feeling and thinking, our empathy and our agency – our capacity to communicate with and act in concert with the astonishing fabric of our own lives: a fabric continuous with the greater life that we inhabit, in all its mystery, visible and invisible, unactual but active.

That’s what I want from poetry, and what I hope the poems in Maskwork give to their readers.

Below you can read one of the poems from Maskwork.

and this is how
that work in my flesh began:
the desire that drew me like sap
to its tip, where I hung by my voice
from the whispering ash
that grew in the garden
it made of my death
for runes cut by the tongue to touch
every beginning that is to come
to the egg from which I was born.
I learned to know love by the names that I made
and the names took bodies of their own
that glistered with the dust of their home:
unblinking at the strangeness of what I had done
in piercing their silence, sending my voice
to open as an iris under their sun:
they pluck it from the pulsing earth and come.
I have woken to moonlight leaking from the wound:
the skin that I speak with
fresh with the blood of its wish.

‘Gramarye’ was shortlisted for the Montreal International Poetry Prize 2020.

Posted by Creative Writing at Leicester at 04:58