Kelli Allen, "Leaving the Skin on the Bear" 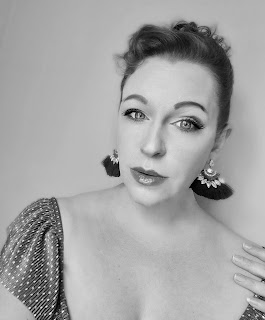 Kelli Allen’s work has appeared in numerous journals and anthologies in the US and internationally. Allen is the co-Founding Editor of Book of Matches literary journal. She is an award-wining poet, editor, and dancer. Her fiction has appeared in The Best Small Fictions 2022 and she is the recipient of the 2018 Magpie Award for Poetry. Her chapbook, Some Animals, won the 2016 Etchings Press Prize. Her chapbook, How We Disappear, won the 2016 Damfino Press award. Her collections include Otherwise, Soft White Ash (John Gosslee Books 2012), Imagine Not Drowning (C&R Press 2017), Banjo’s Inside Coyote (C&R Press 2019). Allen’s latest book is Leaving the Skin on the Bear, published by C&R Press, 2022. She currently teaches writing and literature in North Carolina. 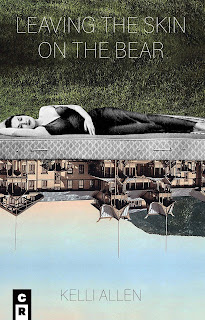 About Leaving the Skin on the Bear

Part soft underbelly, part scabrous self-reflection, Leaving the Skin on the Bear is a collection that takes readers on a sojourn through the richly imagined weaving of a world that is both our own and not. The poems collected here celebrate otherness and contradiction, demand understanding and the acceptance of not-knowing simultaneously. These poems stay the crooked path and reimagine what it is, and has always been, to learn that no loss is complete. The untamed imageries summoned here leap from one form to another in their need to meet the demands of what becomes a steady inquiry. This is not a collection of answers, but a testimony of what a life lived in questions might look like. In these pages we are, perhaps above all else, brought nearer to knowing the vanity of containing, and of what we bury. Living is a cycle of unearthings. This collection’s recurring potsherd cuts despair into our certainty, and its cost, towards the world. These pieces suggest that turning away from what wounds is the forgetting that strips a crucial magic: the capacity to marvel at feeling.

From Leaving the Skin on the Bear, by Kelli Allen

A thief, a nakedness, a boat far from shore

My legs are apart, twin otters
sharing a stone between them.
No longer on the windowsill
of my mother’s womb, this body
is not her body. The minnows
we vomit we swallow back down—
These slithering selves too much
under water. Once upon a time
Everything ends—the village,
the woodcutting, the orphans’
hunger, and their fullness, too.


Here is the world she plays:

Hornbill shadows through the threads in her socks and the whole of the lake bundled tight in her belly. Another morning for the girl, another hour watching across shore for her brother’s yellow boat. She reminds herself, in this waiting, that what the woodcutter splits is glued over severance when such waters seep wounded skin. This, too, is a duty between daughters and fathers: tending to broken roots before rot’s appetite bores holes more than well-deep.

During the month of long nights, a gecko gives its life to the disagreement of two crows. But the girl wraps one thin leg around the other and the nest constructed is no refuge for anything tailed and hungry. It is nearing evening and stretched-out over rabbits, pelts sticky as evaporating nut milk, the mother does not allow agates, cock-shaped and orange-lined, time to speak. The girl listens to the same incantation, the same rhythm, and wishes her mother quiet, just once, just to let locusts sing the dinner dirge. The mother’s voice climbs over teeth and tongue anyway: what the stones say, the river says, too. This is not poetry for children too many years still ear-wet from the womb.
When the three share a table between them, having agreed to masticate slow, thirty molar thrusts downward each, other breathing creatures align in the way of pilgrims in those woods. Circles form in any space suggested to them—even the catfish looking for warmth curl into one another at the suggestion of a waiting meal. Snails leave gelatin before daylight that the mother weaves into eleven arrow pierced cakes. The father tries not to swallow sand while his daughter’s hair collects the baked fletch as she eats, her bites light as an earthworm’s lung.
The caution of lilacs dictates a family’s scaffold atop grief. Mouths in triplicate give thanks as the mudwork dries and the false gratitude marks success on another floor lain straight and dust cleared. The missing remain so left, tucked behind busy tasks, tidy work to be done day and again. Before unfolding blankets, the daughter, father, and mother reach their arms round the table once more to form a clock. One finger from each hand points to the number for sleep, for when brother comes home, for don’t forget.
Posted by Creative Writing at Leicester at 06:54