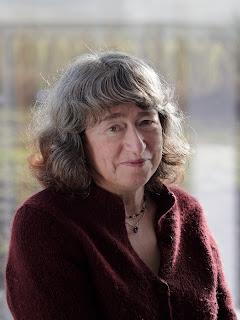 Linda Gask trained in Medicine in Edinburgh and is Emerita Professor of Primary Care Psychiatry at the University of Manchester. Having worked as a consultant psychiatrist for many years she is now retired and lives on Orkney. She maintains a popular mental health blog, Patching the Soul, and contributes to Twitter as a mental health influencer @suzpuss. She is the author of The Other Side of Silence (2015), which was featured on BBC Radio 4 Woman’s Hour and serialised in the Times Magazine. In 2017 she was awarded the prestigious President’s Medal by the Royal College of Psychiatrists. 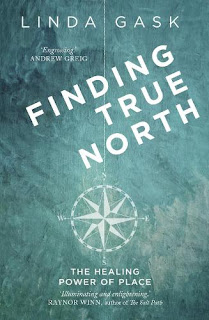 About Finding True North: The Healing Power of Place, by Linda Gask

Finding True North grew out of my desire to try and recover from depression, coming to terms with being diagnosed with a chronic illness, and moving to live, part-time at first, in Orkney. It’s not only about trying to put into practice all those things I spent my life telling my patients to do, and failing to do myself, but also trying to understand what ‘recovery’ from depression means. Struggling to find a way forward meant I had to revisit the past. Gradually, I began to realise that, in my many years of travelling around the world as an academic, I had really been seeking a place where I could feel much more grounded in myself.

The following brief excerpt describes a scene from my return to Haida Gwaii, a remote forested archipelago off the North-West of Canada which is home to the Haida people … and what I learned about myself on that journey’.

It is early September and Orkney’s dark autumnal skies are filled with geese in transit, flying in their familiar V formation, which I always imagine is led by a bad-tempered senior with the flaps of his leather hood trailing as he turns to shout ‘keep up.’ Sitting at my desk, I am writing about the climax of the Canadian expedition.

After two days, we reached our furthest point into the wilderness: the world heritage site of SG̱ang Gwaay and a row of totem poles that has stood for over a hundred years, since the inhabitants moved to the modern settlement they live in now. The only audible sound came from the waves as they breached the shore, and a watchman, a celebrated modern Haida artist, who told us the story of each carving.

‘The poles of the houses are slowly being absorbed by the forest. Doesn’t that make you feel kind of sad?’ one of our group asked.

‘Everything goes back to the earth eventually,’ he said. ‘One day each of these poles will fall. It is what is meant to happen.’

We walked back over the crest of the island to the boat, through virgin temperate rainforest of red cedar, spruce and hemlock, drunk with the heavy scent of dark earth and damp, lush vegetation spread with a seamless down of moss. More hung from the trees like tinsel on a Christmas tree and unfamiliar fungi colonised the stumps. Even the light which filtered through the canopy was tinged green. This was exactly as I have always imagined the underworld. It was eerie, not of this world, and I felt disappointed when we emerged into the light because in that other place time seemed to be suspended.

During those few days I began to feel more optimistic than I had since receiving my diagnosis of kidney disease. Having recovered from sepsis, a life-threatening disease, I became more at ease with the future. I have the freedom to make of it what I choose, but the anxiety that has been with me all my life still exists and will probably never leave.

However, there was something about Haida Gwaii that reminded me of the Buddhist concept of the flow of life. Like the forest plants all around them, the remains of the villages will be recycled by nature. This is the reality of our existence. We make the most of the lifewe have, however brief, but the outcome is inevitable.

What are we going to do with our time?

What really matters to us?

There is something about caring for others in extremis that touches the core of who we are. It can enhance us through reflection on the profound questions of what it means to be human, but it can, in equal strength, damage us and leave us less capable of responding with humanity.

It is very hard to separate ‘me’ from the doctor I trained to be. My ‘self’ has become altered by being entwined both with my professional persona and the lives of my patients, and it is difficult to tell my story without recourse to the clinical tales that illustrate it. Now, the stories filed in my memory are those of people I meet along the way.

Posted by Creative Writing at Leicester at 07:47