Carolyn Jess-Cooke, "We Have to Leave the Earth" 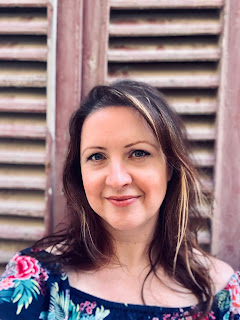 Carolyn Jess-Cooke is an award-winning author of poems and novels for adults, published in 23 languages. Her first poetry collection, Inroads, won the Tyrone Guthrie Prize, an Eric Gregory Award from the Society of Authors, a Northern Promise Award, and was shortlisted for the New London Poetry Prize. Currently Reader in Creative Writing at the University of Glasgow, she also writes gothic suspense novels as CJ Cooke, including The Nesting and The Lighthouse Witches. Her website is here. 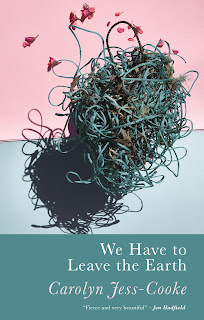 About We Have to Leave the Earth, by Carolyn Jess-Cooke

Carolyn Jess-Cooke’s new poetry collection is both keenly political and deeply personal. The opening poem ‘now’ features a seemingly peaceful domestic scene of a family lounging at home as the starting point for meditation on history, time, mortality and the fate of the planet. Jess-Cooke is unafraid of dark material but is also ultimately hopeful and full of creative strategies to meet challenging times.

You can see more details about the book on the publisher's website here. Below, you can read a sample poem from the collection.

From We Have to Leave the Earth

We Have to Leave the Earth Because We Know So Much

He buried the letter in a forest near Auschwitz
where it hibernated for forty winters,
ampersands of his hand dormant
as field mice, and for all        he knew
the letter would never be found, snows
might drink the ink or the ground
swallow it as a grave. But
the urge to bear
witness moved him past consequence
of being found to speak of what he said
to those he led to the gas chambers –
that they were not here to be bathed
as they’d                 been told.
We are still in that place,
being moved past consequence or to death, or
to witness the taking of what is not owed.
We have not passed the urge to obliterate
the Other. We have to leave the earth
because we know too many ways to destroy
her, we have to write these things
we have to tell them to the forest
and the watchful snows.
Posted by Creative Writing at Leicester at 13:50