Lynda Clark, "Dreaming in Quantum and Other Stories" 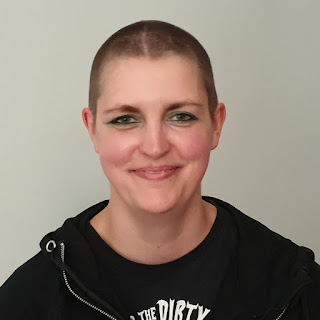 Lynda Clark’s debut novel Beyond Kidding was published in 2019, followed by the short story collection, Dreaming in Quantum. The collection contains several stories written during Lynda’s Creative & Critical Writing PhD, including 'Ghillie’s Mum,' which was shortlisted for the BBC Short Story Award and ALCS Tom-Gallon Prize and won the Europe and Canada Commonwealth Short Story Prize. Lynda lives in Forfar, Scotland, and works as a Research Fellow in Narrative and Play. She’s currently writing more short stories, and a novel, which may be downsized to a novella if it doesn’t start behaving itself pretty soon. You can follow her on Twitter or view her sporadically updated blog. 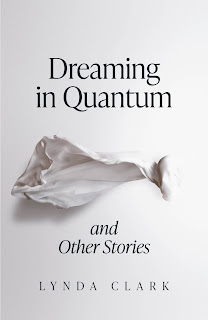 About Dreaming in Quantum

Dreaming in Quantum is a collection of speculative stories, covering subjects from cloning to changelings to cannibalism, usually infused with dark humour. As the name suggests, the imagined worlds contained in the collection overlap with our own and one another, yet diverge in ways that might be macabre or magical.

Below you can read an extract from the final story in the collection, ‘Phoenix’.

From Dreaming in Quantum, by Lynda Clark

Sym stared into the open pit of the hearth. Nothing but ash and dust; a few lumps of kindling turned to carbon. And yet he couldn’t stop staring. A vortex seeking to suck him in.

Four days now he’d sat in that armchair. He’d moved a couple of times, of course. Sipped a few mouthfuls of water from the rain butt outside, retrieved the last hard crust of bread from the cupboard and returned to his seat to gnaw at it like a rat. For the first couple of days he’d stooped over the rain butt to wash and afterwards had run a comb through his hair.

His eyes flicked to the mantelpiece, as they were wont to do. He couldn’t look at the urn, wouldn’t. He refused. But his sadist eyes determinedly steered his attention back to the burnished brass handles – representations of long, curled feathers – and the lid, an ornate dome engraved with a flaming heart. Typical of her to choose something so quaint and ostentatious. Typical of her to choose the thing at all. He’d told her it was morbid, strange, upsetting to him for her to do so. But she had just tilted her chin downwards in that way of hers, like she was trying to hide her amusement. Her eyes were dark and bright, like a deer’s but without a trace of fear.

‘Don’t be silly!’ she’d scolded him. ‘Nothing morbid about it! It’s wonderful.’

Even in his thoughts he spat the word.

You can read the complete short story here.

Posted by Creative Writing at Leicester at 01:18