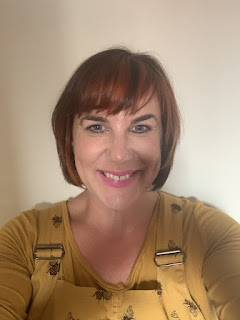 Kate Fox is a poet based in Northern England who has made two comedy series for Radio 4 and written and performed numerous broadcast poetry commissions as a regular on Radio 3’s The Verb and Radio 4’s Saturday Live. She won the Andrew Waterhouse Award for poetry from New Writing North in 2006. Her previous publications include We Are Not Stone (Ek Zuban, 2006), Fox Populi (Smokestack, 2013) and Chronotopia (Burning Eye Books, 2017). She completed a PhD in performance in 2017 from the University of Leeds, researching Northernness and comedy. She loves swimming outside, spaniels, Doctor Who and big skies. 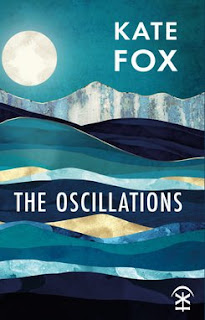 About The Oscillations, by Kate Fox

'And suddenly the plagues are the most interesting parts of a city’s history.'

So begins poet Kate Fox's distinctive new collection The Oscillations as it explores distance and isolation in the age of the pandemic, refracted through the lenses of neurodiversity and trauma in poems that are bold, often frank and funny but also multifarious, dazzling and open-hearted in their self-discoveries.

Fox's poetry explores difference and community, silence and communication, danger and belonging - and a world that has been distinctly broken into a 'before' and 'after' by the pandemic. Throughout, a strong voice sings of what it means to be many things at once - autistic, creative, northern, a woman. Fox measures not only distances, social or otherwise, but how we breach them, and what the view might be from beyond them.

You can see more details about The Oscillations on the publisher's website here. Below, you can read two poems from the collection.

From The Oscillations, by Kate Fox

Skimming
The walk measured our breaths,
the first day
our knees ached going up the steps,
as we limboed under the tree
whose fall seemed to echo the world.
We sat on the stone beach
by the river, spectated the other side
as if it was a film.
How much movement there is
and sound, I said,
how quiet it is and still
you replied.

A week later we will walk into the scene
and you will say change
is sometimes just a walk
on the opposite side of the river
I am there now,
skimming stones uncertainly,
dunking them with a splash.
I had the knack once,
but needed to be re-taught
or un-learn the urge to throw.
My Mother was not patient
about how clear I needed instructions to be,
how much longer than for other people
it takes me to learn by seeing,
or building up muscle memory.
Now I am quick to disguise
the ways in which I am slow.
So mercurial with words,
I couldn’t learn your house alone.
There you are across the water.
Will you remember
how it really was,
when we found this place together?
Where did you go?

The Funerals
The funerals happened outside,
if at all, the end of that spring
when daffodil coronas crinkled
like elderly necks,
this year’s tasks done,
lining the verges as if waiting for someone
to clear them away.
We gathered under the shelter
of the crematorium’s porch,
semi-circling the coffin
they’d brought out on a trolley
like luggage.
A small music speaker,
a photograph of her magically restored
to twenty two,
hand sanitiser in our bags,
seven shot glasses for sherry.
I didn’t know the green globe
ready to release when the petals fall
is called an ovary.
Her neighbours placed a plastic folder
containing a photo collage of her garden
on the coffin.
The display she didn’t get to see this year
had never been more magnificent
and something I only half-believed
when every afternoon ended
with the totting up of the dead-
the day after she died,
her daffodils bowed their heads.
Posted by Creative Writing at Leicester at 09:00