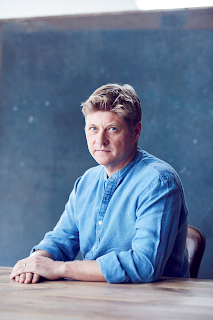 James Scudamore is the author of four novels: The Amnesia Clinic, Heliopolis, Wreaking and English Monsters. He has received the Somerset Maugham Award and been nominated for the Dylan Thomas Prize, the Costa First Novel Award, the Commonwealth Writers’ Prize and the Man Booker Prize. His short fiction has appeared in Zembla, Prospect, The Sunday Times Magazine, Time Out and Tin House. He has taught Creative Writing at the University of East Anglia and the City University of Hong Kong and is currently on the faculty of the International MFA in Creative Writing and Literary Translation at Vermont College of Fine Arts. Find out more here. 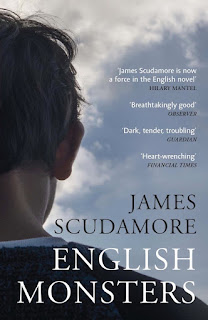 English Monsters opens in 1986 when ten-year-old Max, whose parents live abroad, is enjoying the latest of many summer holidays at his grandparents’ farm in the Midlands. His idyllic childhood comes to an abrupt end when he is sent to a nearby boarding school which is characterised by arcane rules and violent punishment. The only consolation Max finds in this harsh new world is the companionship of a close-knit group of classmates. Years later, when Max reconnects with his old friends, he discovers that physical abuse was only part of the story of their time at the school. Riddled with confusion and survivor’s guilt, Max becomes determined to find out the truth: who knew what, and when? And who is now willing to see justice done, regardless of the cost to themselves?

From English Monsters, by James Scudamore

The watery-green dining room on a winter morning. Tea urns steaming furiously. Steam so thick it seems granular, shot through with sunlight from outside. Panes running with condensation, gathered grime silting in the curly stone frames. It might be an agreeable scene if we were permitted to talk above a whisper, but since Weapons Davis is of the opinion that conversation steams the windows up more, a clenched silence characterises the meal.

Sitting beside me, the man himself, who often prefers not to use the masters’ table but to place himself instead in the pit of the children, the better to curb all babble. He broods over his Telegraph, a plate of fried bread and egg in progress. Periodically he snorts when something amuses him, then lays down his paper to prepare another mouthful, mashing yolk and white into a glistening square of bread before placing it inside his mouth and reopening the paper. You’d think he was in the breakfast room of a hotel.

On the next table a dispute has arisen over command of the Marmite. Someone wants it down one end. Someone else is refusing to pass it. But since it’s Weapons Davis on duty, the whole thing has to play out in silence. As I watch, Ali Price, at one end of the table, holds up the jar, eyebrows raised. At the other end a boy called Guy Robertson raises a casual arm to receive it. It’s madness. There are ten pupils on each side, and a minefield of plates and cups in between should the throw go awry.

But the dare has been set. Glancing to make sure Weapons Davis is distracted, Ali brings back his hand and releases the big black jar, which flies in a perfect trajectory, finding Guy’s at the other end, although the throw is so powerful that Robertson has to sit up in his chair to reach for the catch, nearly falling backwards. There’s a submerged gasp of triumph, one hundred boys and twenty girls in one glorious, secret moment.

Cardiac plummet. He reaches to his belt and unsheathes his Bowie knife. He brings it up and cuts into the newspaper, filleting it of the article which has tickled him. He removes the jagged square, sets it down, then stabs it into place on the table. Behind him, Robertson throws the jar skywards in triumph and catches it again, and Ali Price’s face is lit with joy.

Weapons Davis shoots me a tetchy glance, sweeps the room and returns to his paper. ‘Denyer,’ he says, ‘if you want anyone to take you seriously in life, you’re going to have to learn not to gape in fear at the slightest surprising thing. People will think you’re touched.’

Posted by Creative Writing at Leicester at 00:32