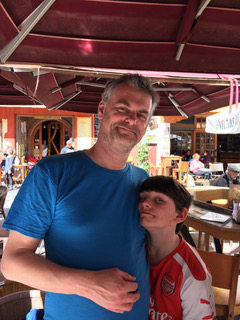 I grew up in Quorn, Leicestershire. I’ve lived in Sheffield since 1990. I came to the city to do a PhD on the poetry of Thom Gunn. I was given an Eric Gregory Award for my poetry in 1996. From 1997 to 1999, I worked as a writer-in-residence at Nottingham Prison. I was the Literature Officer for Leicestershire for five years and then spent some time as a freelance writer and poetry festival organiser. I’ve spent the last fourteen years teaching Creative Writing at Sheffield Hallam University (my staff profile page is here).

In 2007 I published my first full-length collection, The Safe House, with Shoestring Press. I have since published a number of pamphlets and full-length collections, including Jigs and Reels (Shoestring Press, 2013), Skin – which came out in 2015 and is still available from Longbarrow Press – and the sequence which I have just published with Longbarrow Press: Little Piece of Harm (2021). 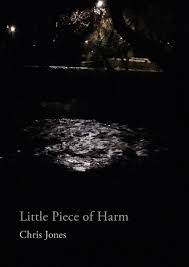 About Little Piece of Harm

Little Piece of Harm is a narrative sequence that focuses on 24 hours in the life of a city that has been shut down in the aftermath of a shooting. As this act of violence ramifies outwards, the sequence explores the geographical reach of Sheffield – its urban settings and its rural landmarks – and eavesdrops on the city’s conversations. Pete, our narrator, comes into contact with a range of people who reflect on this public killing in relation to private moments of trauma and harm. Subsequently we learn that Pete has his own burdens he is coming to terms with, as day bleeds into night.

You can read three blog pieces that I wrote about the evolution of the sequence here, here and here. Below, you can read a sample poem from the collection.

From Little Piece of Harm

Blizzard. The largest snowfall in decades.
Squares are clad as monuments to trades.

Or here, high summer, sometime afternoon,
a man steps back from a black saloon

He hoofs across four lanes of idling cars
to ditch his echo under Wicker Arch.

Skims his shadow off weed-encrusted brick
the curry houses, pubs no longer public

over the lights, where the quick or alert
might glimpse a strap, some shade beneath his shirt

though his image clears the shopfront glass
before observers get to alter the facts;

he's made the bridge and marked the policeman
who edges round a blue abandoned van.

He slows to wrest this load from off his chest:
pics will later show a pistol's heft

hails the copper now as though in greeting
as if his palm might cup an ear, a cheek.

A shot to start the gawkers, one in the mouth
and through this opened face a voice pours out.
Posted by Creative Writing at Leicester at 01:05