The School of Arts at the University of Leicester runs an annual Joe Orton Creative Writing competition that invites A-Level students to write an Edna Welthorpe letter. 'Edna Welthorpe' was the persona that Orton invented to embody the values he abjured - a middle-class, middlebrow, conservative. Through Edna's letters of complaint (or praise), Orton mocks social and sexual convention.

The Joe Orton Creative Writing Competition is funded by a kind donation from Dame Vivienne Westwood. It runs annually.

You can read the winning and runner-up letters, by Penelope Ogieriakhi and Bella Breen respectively, here.

Below, Penelope and Bella talk about their writing processes, their experiences of writing Edna Welthorpe (Mrs) letters, and their success in the Joe Orton Creative Writing Competition 2021. Congratulations to both of them! 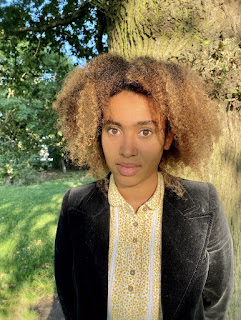 Writing. There are a lot of other words that belong to that word. I could exchange it for questioning, imagining, confessing, remembering, exploring … the list goes on. I think that the essence of a person is enclosed in what they write when nobody has asked them to. My version of this is poetry - another word which owns many others. To me, poetry is writing without the need for convention, or rather, writing with no dress code: as fancy or as simple as can be.

Scrolling through my school sixth-form weekly notices, I looked for something to prompt me to write. I wanted to turn away from my own thoughts and see what topics occupied other minds. I met Edna Welthorpe and instantly loved her character (however difficult she may seem!). Each letter was exquisitely fiddly and exasperating in its own fantastic way. What’s most successful about Joe Orton’s Edna is the universality of the dialogue. That is to say that there is a bit of Edna in everyone, which is the very reason why we can’t stop ourselves from laughing at what is quite frankly a reflection of the never-satisfied human brain. This, I thought, is writing with no dress code.

Out of all the potential topics that came to mind, the idea of a neatly boxed delivery of organic vegetables seemed most ripe for satire. The subject seemed apt for the lampooning of a faintly Victorian sexual prudery still present in some quarters today. Beginning my ‘rant,’ I thought not just of myself but of all the people I’d encountered and how they would feel about each aspect of the experience. I was able to poke fun at the spectacle around trying to find the right words simply to express bourgeois hypocrisy and the culture of ‘saying not to say.’ An Edna Welthorpe letter was a great way to analyse modern society.

I was glad to find a new interest in Joe Orton, whose works are still very much relevant, thanks to this competition. As I wrote, I realised how easy it was to place importance on such trivial things. Writing about potatoes, carrots and mushrooms can bring as much joy as any other subject in poetry, which is pretty wonderful. 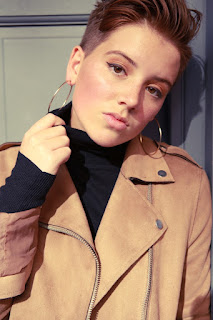 As someone who perhaps spends a little too much of their free time spamming their friends with joke emails and letters, I was excited to hear that there was a perfect competition for my unusual hobby!

Having been studying the play Loot at the time, my English teacher thought that writing a letter in the style of  Edna Welthorpe (Mrs) would be the perfect way to jump into the brilliant mind of Joe Orton.

We read through a few of Orton’s ‘Edna’ letters during class and his work instantly reminded me of Joe Lycett, one of my favourite comedians, who is also well-known for mocking the ‘Edna Welthorpes’ of the world through his spoof emails. To be able to write something that momentarily brings joy and laughter to someone’s life, such as Orton’s letters did, for me, is the greatest reason to write at all.

I couldn’t say that I had a plan when it came to writing my letter of complaint about ‘Peppa Pig’ because that would be a lie. I simply just started writing furiously before any of my ideas could fall out of my head. This is often the way in which I write. It’s always worthwhile to look up from my laptop screen and see my friend smirking as they read the nonsense email I’ve written for them about ‘A French Exchange Trip to Prêt à Manger’ or ‘The Crucial Difference Between Pesto and Pistou’ or, my personal favourite, ‘How Deadly Tuna Fish Will Kill Us All!’

I chose ‘Peppa Pig’ as my subject  purely because I found the thought of a grown adult being offended by a cartoon pig who enjoys jumping in muddy puddles  absolutely hilarious. I believed it was something a modern day Edna Welthorpe might waste her time obsessing over.

I am grateful to have been able to take part in this competition because it has given me a sense of satisfaction in knowing that my love for comedic writing is shared with others. Overall I have greatly enjoyed the opportunity to put my creative skills to the test and take Edna Welthorpe  from the 1960s and bring her into how I believe she might look in the present day.

Posted by Creative Writing at Leicester at 06:20