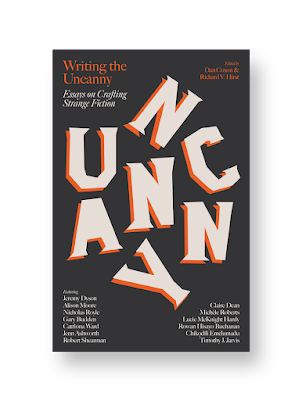 About Writing the Uncanny

From M.R. James to Shirley Jackson, the Uncanny has long provided fertile ground for writers – and recent years have seen a notable resurgence in both literature and film. But how does the Uncanny work? What can a writer do to ensure their fiction haunts the reader’s imagination?

Writing the Uncanny sees some of the best contemporary authors explain what drew them to horror, ghost stories, folklore and beyond, and reveal how to craft unsettling fiction which resonates. Authors such as Jeremy Dyson, Alison Moore, Jenn Ashworth and Catriona Ward share their insights on psychogeography, fairy tales, cultural tradition and the supernatural, and offer practical advice on their different approaches to the genre. 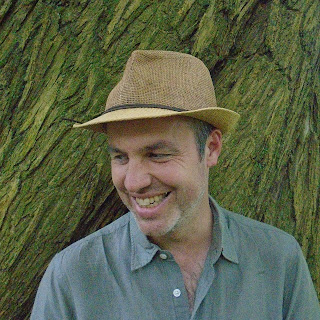 Dan Coxon is an editor and writer based in London. His anthology This Dreaming Isle was shortlisted for both a Shirley Jackson Award and a British Fantasy Award, and his debut short story collection, Only the Broken Remain (Black Shuck Books, 2020), was nominated for two British Fantasy Awards. His non-fiction has appeared everywhere from Salon to The Guardian. 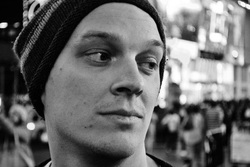 You can find out more about Writing the Uncanny on the publisher's website here. Below, you can read an excerpt from the Introduction to the book.

From the Introduction to Writing the Uncanny, by Dan Coxon and Richard V. Hirst

Just over a hundred years ago, in 1919, Sigmund Freud published ‘The Uncanny’ (Das Unheimliche), a paper which developed a theory for a particular kind of response to certain phenomena: a mixture of fear, repulsion and distress, all of which, Freud argued, are rooted in our everyday experiences. The paper took in inanimate figures that seem to be alive, severed limbs, doppelgӓngers and – perhaps most importantly for our purposes – storytelling.

In exploring his topic, Freud undertook a psychoanalytic deconstruction of E.T.A. Hoffman’s short story ‘The Sandman,’ eventually concluding that the peculiar potency Hoffman’s story holds over its reader was an ‘unheimlich’ one – that is, specifically in opposition to ‘heimlich,’ which can mean homely and familiar but also secret and concealed. The ‘uncanny,’ therefore, was not merely something unknown, but something that had been hidden or repressed. He famously called it ‘that class of frightening which leads back to what is known of old and long familiar.’

‘The Uncanny’ remains a relatively minor component in Freud’s overall legacy, yet in the artistic world it has become a key text and its influence remains significant, creating an ever-spreading shadow which stalks our mainstream culture. While Sir Walter Scott defined the literary style of the nineteenth century with his tales of Romantic heroism, it is Edgar Allan Poe’s obscure Gothic tales that have the longer-lasting legacy; although The Great Gatsby regularly tops readers’ polls of their favourite twentieth-century novels, few would deny that Franz Kafka, with his patchwork oeuvre of anxiety and surrealism, feels like the bracingly authentic voice of the age; and while the dominance of post-war Hollywood glitz seemed to find its apotheosis in the films of Steven Spielberg, it is David Lynch’s demented and dreamlike Americana that presents the more truthful vision. Increasingly, the owls are not what they seem.

It’s not only in the cinema that the Uncanny has come to prominence. On the printed page it has become one of the most persistent and adaptable literary modes of the twentieth and early twenty-first centuries, bubbling to the surface in Arthur Machen’s weird supernatural tales in the late 1800s and in M.R. James’s ghost stories at the start of the nineteenth century. H.P. Lovecraft then adapted the Uncanny to terrifying ends in his Cthulhu mythos tales, before it resurges in Shirley Jackson’s short fiction in the late 1940s – as well as in her novels The Haunting of Hill House and We Have Always Lived in the Castle – and in the ‘strange stories’ of Robert Aickman in the 1960s and ’70s. The course of children’s fiction in the past century has also been guided by a strong current of the Uncanny, with novels like Alan Garner’s The Weirdstone of Brisingamen, Joan Aiken’s The Wolves of Willoughby Chase and Susan Cooper’s The Dark is Rising proving hugely influential and instilling a lasting appreciation of the Uncanny among legions of impressionable readers.

In more recent times, the Uncanny has increasingly seeped through into mainstream ‘literary’ fiction. It might easily be detected in writers committed to horror like Ramsey Campbell and James Herbert, but when Andrew Michael Hurley’s The Loney won the Costa First Novel Award in 2015, it proved that the Uncanny was no longer simply a footnote in the history of modern literature – it has become one of its dominant features, easily spotted on high street shelves in new releases by Daisy Johnson, Sarah Hall and David Mitchell. In its sense of disquiet and unease, the Uncanny may be the perfect genre for the modern era, reflecting the political uncertainty of our times – and the disordering of our everyday world that has accompanied the outbreak of the coronavirus pandemic.

Posted by Creative Writing at Leicester at 07:28