Andy West, "The Life Inside: A Memoir of Prison, Family and Philosophy" 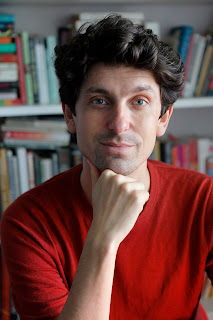 Andy West is the author of The Life Inside: A Memoir of Prison, Family and Philosophy (Picador 2022). His writing has been published in The Guardian, Aeon, 3AM Magazine, Huck and Litro. He is philosopher in residence at HMP Brixton in London. 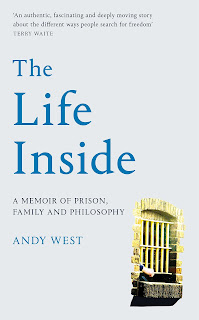 About The Life Inside: A Memoir of Prison, Family and Philosophy

Andy West teaches philosophy in prisons. Every day he has conversations with people inside about their lives, discusses their ideas and feelings, and listens as they explore new ways to think about their situation. When Andy steps into prison, he also confronts his inherited guilt: his father, uncle and brother all spent time in prison. While Andy has built a different life for himself, he still fears that their fate will also be his. As he discusses pressing questions of truth, identity and hope with his students, he searches for his own form of freedom too.

You can read more about The Life Inside on the publisher's website here. Below, you can read a short sample from the book.

From The Life Inside, by Andy West

In the classroom, Wallace stays in his chair and doesn’t speak to anybody for the whole fifteen minutes of the break. A few weeks ago, there was a security issue in prison and the men had to spend twenty-three hours a day in their cells, leaving only one hour for what the regime calls ‘association’ – the time where men are allowed out of their cells to make calls, shower, socialize and stretch their legs. Very often when association was called, Wallace stayed in his cell, lying on his bed, reading a book.

The men take their seats in the circle again.

I say, ‘The philosopher Epictetus was born into slavery, but he believed that on a fundamental level, he was still free. He said that chains constrained his body but not his ability to choose.’

‘You can still be free in your mind,’ Wallace says.

I say, ‘Epictetus believed you could learn to be free by first understanding what you can and can’t control.’

‘Each night when the screws are coming around to lock our cells for the night, I close my door before the screw has the chance to,’ Wallace says.

‘The same reason I always finish a phone call a minute before the screws say we have to hang up,’ Wallace says.

‘I’ll do something I’ll regret. A few years ago, I saw a man talking on the phone after the screw had told him to hang up. An officer put his finger on the receiver. If that happened to me, I know that I’d punch someone. So I never let myself get in that situation. I hang up early.’

Posted by Creative Writing at Leicester at 08:51