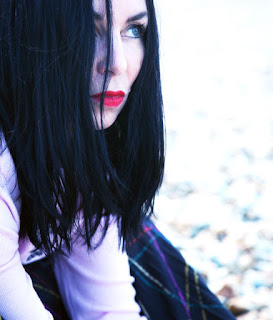 Heidi James is the author of critically acclaimed novels Wounding, So the Doves (a Sunday Times Crime Book of the Month) and The Sound Mirror. She won The Saboteur Award for her novella, The Mesmerist’s Daughter, and was a finalist in The Cinnamon Poetry Collection Prize. Her short stories, poetry and essays have been published various anthologies and magazines including, among others, We’ll Never Have Paris, Somesuch, Dazed and Confused and Galley Beggar Press. She hosts a podcast, First Graft, where she discusses the writing process with other writers. Her website is here. 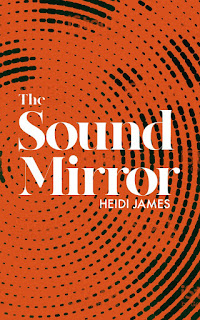 About The Sound Mirror
Tamara is going to kill her mother, but she isn’t a monster. She just has to finish what began at birth and put an end to the damage encoded in her blood.
Quitting her job in Communications, Tamara dresses carefully and hires a car to visit her mother for the last time. Accompanied by a chorus of ancestors, she is harried by voices from the past and the future that reveal the secrets of these women’s lives that continue to echo through her own.
Is Tamara fated to make the same mistakes as her ancestors or can she break the cycle and lead her own life, and on her terms too?
The Sound Mirror is a haunting novel that avoids classification. Spanning three generations from British Occupied India to Southern England, Heidi James has crafted a moving examination of class, war, violence and shame from the rich details of ordinary lives.
From The Sound Mirror, by Heidi James
TAMARA
She is going to kill her mother today. But she’s no monster. She’s not the villain. It’s a beautiful day for it, winter sharp, the sky an unfussy blue. She’s taken two days holiday from work and hired a fancy car, a Mercedes, essential for this journey, where appearances and a quick getaway are everything. The man gave her a discount when she told him where she was going. The two-hundred-mile round trip will be a breeze. She’s dressed carefully too; just jeans and a shirt, but they are expensive, well-cut. Understated, but a signal to those in the know. So here we are, driving down to be face to face with her for the last time. Of course, we’re along for the ride, how could we not?
It’s been a long time coming, and our fault, we should say. Funny that, speaking with one voice now, agreeing with each other. But yes, our fault, and all the others, tangled up with poisons and infections and rottenness. Our mothers and mother’s mothers containing us, we, in their bellies, seeds of each in the cells and the breath. Before the splitting in two, the doubling like an atomic bomb and now she holds us all, a rabble of ancestors, pressing up from inside against her skin, and too, she contains the next generation, if she wanted. If she can bear to, bear it, bear a child. Who could blame her if not? But for now, she’s the sum of all us women, the total. She is what’s left.
You imagine history trails you like clanging tin cans on a wedding car, but you’re wrong. History is a halter that leads, we’re beasts of burden with a ring through our nose. You go where we lead. We are not whole, we are fragments, ununified, unstable entities colliding under the swirling universe. Overflowing with memories and feelings not our own; archives of those who came before. It’s almost romantic, imagining we’re individuals, cut off from the rest, making ourselves feel special. What we are is the story she is made of. Then of course, there’s free will, if you believe in that, which she does. It’s a nice idea anyway. That we are free to choose our actions, and the consequences.
Passive, she drifts where she’s pushed, lifted and dropped. Caught in tides she can’t fathom, impulses and currents she can’t navigate.
Posted by Creative Writing at Leicester at 05:36