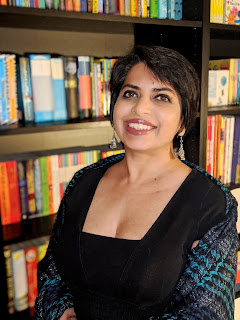 Former television journalist and producer for CNBC and MTV, and East India head for Australasian Channel [V], Shreya Sen-Handley is the author of two books with HarperCollins, the recently published short story collection Strange, and the award-winning Memoirs of My Body, published in 2017. A librettist for the Welsh National Opera, the first South Asian woman to have written an international opera according to the international press, their multicultural opera Migrations will go on tour in the UK in 2021. Shreya is also a columnist for the international media, writing for the National Geographic, CNN, The Hindu, Times of India, The Guardian, and more, a creative writing teacher for British universities and other institutions, and an illustrator for Hachette, HarperCollins, Welsh National Opera, Arts Council England, and Nottingham UNESCO City of Literature. Her short stories have been published, broadcast, and shortlisted for prizes in Britain, India and Australia. This year she wrote her first ever poems, which went on to be published and broadcast in Britain and India, as well as spearheading a British national campaign against hate crimes. She is currently working on a new Welsh National Opera production Creating Change in which she combines poetry and illustration, and writing her third book for HarperCollins, the travelogue The Accidental Tourist, alongside her monthly column for top Asian newspapers The Asian Age and Deccan Chronicle. 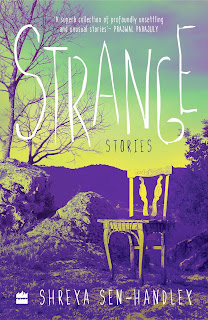 The thirteen twisted tales of the unexpected in Shreya Sen-Handley’s Strange are about everyday people whose lives take unforeseen turns. They find themselves suddenly and inexorably drawn into encounters and situations that weren’t part of their plan, but which result in the shocking revelation of buried parts of their psyches, haunting both them and their readers for a long time after their stories have come to an end. Author Prajwal Parajuly calls the book ‘a superb collection of profoundly unsettling and unusual stories,' whilst Ruskin Bond writes, ‘The author is adept at evoking an atmosphere of fear in apparently mundane situations. After reading some of these dark tales I found myself looking under my bed.’

For all its links to India, it has as many to the British Midlands, and the wonders and vicissitudes of life therein. Amongst the stories its people and places have inspired in this collection are ‘Room for Two,’ in which a Nottingham mother and daughter go on holiday to come to terms with difficult truths about themselves, and ‘Full Circle,’ in which the Bengalis of Leicester embrace enchantment in different ways. You can read an extract from the latter story below. You can also read a review of Strange on Everybody's Reviewing here.

From ‘Full Circle’ in Strange, By Shreya Sen-Handley

The usually gloomy Bosworth Drive community hall had been transformed by a dozen large chandeliers, loud music, and even louder voices hailing each other in hearty Bengali, into a mela. Except that it wasn’t so much a mela as a pujo. A pujo, mind you, not a puja, Yana reminded herself in that exact finger-waggling manner Putul ‘Aunty’ had, and hid a little smile. A puja is worship of the gods, Biplob Uncle had explained in his pantomime villain way (twirling his moustache and booming at her jocularly), but a pujo is living it up like the gods.

Pujo, anywhere in the world, means getting up at the crack of dawn to slokas sung in a gravelly, just-outta-bed voice. For Yana, it meant gathering at the festive hub of the community hall bright and early for the most enormous breakfast anyone had ever seen. Luchi, aloor dum, even prawn kochuri if the aunty in charge of the kitchen had woken happy. And the most mouth-watering range of soft, squidgy, syrupy sweetmeats ever served outside Bengal. That was just the start. For the rest of the day, the hall would fill with music and games and as much chatter as could be squeezed in, making up for months of maintaining a stiff, very British upper lip (which even the British no longer bothered with; not since Diana’s death, Biplob said). Lunch would see a mind-boggling array of delicacies, from paturi—spicy fish baked in banana leaf—to patishapta – sweet coconut and cream filled pancakes. And all this was just a prelude to the evening’s revelry!

‘First you eat, and then you eat again, then you gossip, and (sometimes without being asked) sing until your jaw clacks loosely, and your belly grows so large from all the food, it obstructs your vision and makes you believe your singing is going down well,’ Biplob’s brother, Subir, said with that same twinkle in his eye. Clean-shaven as he was, there was no opportunity to twirl a moustache. ‘Then you repeat it all, till you’re round enough to roll home at the end, promising yourself to never do it again, and yet you do!’

The Bengalis of Leicester were her mother’s folk … 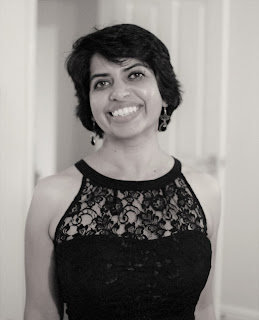 Posted by Creative Writing at Leicester at 03:05