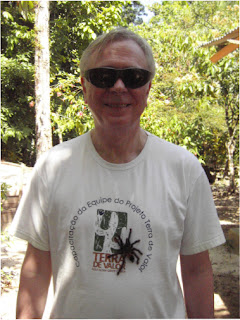 A. J. Lees was born in St Helens and qualified in medicine from The London Hospital, Whitechapel in 1970. He trained in neurology at University College Hospitals, London and La Salpêtriere in Paris and was appointed to the staff of the National Hospital, Queen Square at the age of 32. He is one of the three most highly cited Parkinson’s disease researchers in the world and was responsible for the introduction of apomorphine therapy as a treatment for advanced Parkinson’s disease. For his contributions to medical education  and his research achievements  he was elected a member of the Brazilian Academia Nacional de Medicina in 2010.

His first book to be published by Notting Hill Editions, entitled Mentored by a Madman, described how the writings of William Seward Burroughs helped him to operate effectively within the complex milieu of UK medical research and inspired some of his research. Several of Lees's books, including Ray of Hope and The Hurricane Port, grew out of a deep love for the port of Liverpool. 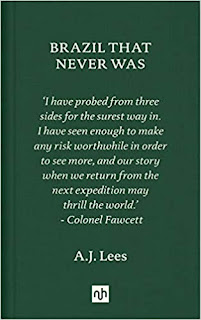 About Brazil That Never Was

Brazil That Never Was is about my yearning for an idealised past. When my visits to the Liverpool docks with my father abruptly ended, a library book that told the story of an explorer who had  disappeared in the Mato Grosso came to the rescue. The evenings I spent reading about his vanishing  were as alive as any I can remember from my childhood and reconnected me with Brazil. Lieutenant Colonel Percy Fawcett had written in his log book: ‘The forest in these solitudes is always full of voices, the soft whisperings of those that came before.' His adventure insulated me from my first perceived failures and created an enclave of mystery beyond the scope of charts. I hoped that Fawcett could lead me to a place where there was no way out.

Even after I had become a neurologist and learned to diagnose brain injury in the street, the Brazil of my bedroom remained. In spite of  my new deductive skills and  love of material rationalism I was sometimes overcome with a dangerous sentimentality that stemmed from an indelible screen memory of Brazil. I felt as if something had gone missing and increasingly desired a fugitive moment in time that I feared would never return.

Fifty years after I had first read Exploration Fawcett, I set out on a quest to try to get answers. What I discovered was far more extraordinary than any of the wild notions put forward to explain Fawcett’s vanishing in 1925. A psychedelic encounter in the Amazon convinced me that my past had never really existed and that I could never go home. 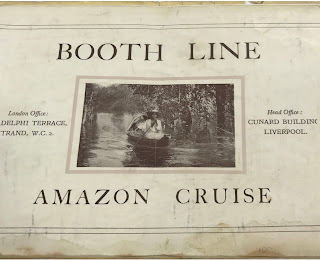 From Brazil That Never Was

The Oakwood Library became my sanctuary. Its grand drawing rooms, with picture rails and sunburst stucco ceilings, were lined with hardbacked books, fresh and stale, fat and thin, large and small. I roamed the shelves, following paths that fascinated me, and taking in the scent of wisdom. The hours flashed by in minutes as I sat on the ledge of the bay window absorbing the colourful stories of the dead. Cocooned in this place, I was able to divine the Atlantic from a grain of salt.

My father brought down a dog-eared book with soiled green cloth boards called Exploration Fawcett. It still had the remains of its dust jacket showing three men in a canoe confronting a giant snake. 'You’ll enjoy this,' he whispered with that knowing voice and quiet smile that had made him such an inspiring and popular schoolmaster. 'It’s about an explorer who vanished without trace in the Amazon' ....

In bed at night I read about Lieutenant-Colonel Fawcett, one of the very last heroic Victorian explorers who for ten years had trekked down death-filled rivers surveying stretches of disputed territory on the borders of Bolivia, Peru and Brazil. At the river port of Rurrenbaque he had watched a woman suckle a litter of pigs and at Santa Cruz de la Sierra in the tropical lowlands of Bolivia he learned of new-born children being fed to swine. He wrote that one night he had been awakened by a jaguar rubbing against his back as it slunk under his hammock.

Fawcett wrote that no imagination could conjure up a vision equal to the beauty of the reality. The Mato Grosso was irresistible, with its low whistling bird song and gorgeous butterflies. The monochrome photographs in the book depicted a lost world but one that felt intensely familiar. A sketch of a drowning man being eaten by piranhas at the beginning of one chapter emphasised the dangers, while the line drawings of ruins and hieroglyphs raised my expectations of an El Dorado. 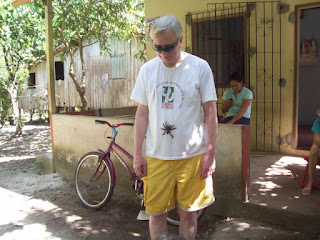 Posted by Creative Writing at Leicester at 06:35