Last week, poet Suzi Shimwell gave a wonderful guest talk and reading for first-year Creative Writing students and the public. It was one of a programme of a guest talks by writers, publishers and professionals we run throughout the year. 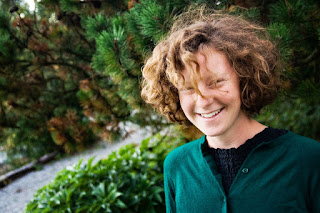 About Suzi
Suzi Shimwell is a free verse poet who divides her time between Leicester and Cambridge juggling a Ph.D and a career in teaching. In her free time she runs the Cambridge Free Inkers writing group and edits The New Luciad. Her poems have appeared in Agenda Broadsheet, From The Lighthouse, The New Luciad and Cake.


Below is one of the poems she read during the guest lecture.

A poem only about toothbrushes


In this poem there will be only toothbrushes.
There is just one in the glass,
moulded in hard blue plastic with two thousand
tough nylon bristles;

there is another in the bin
under the sink.
It’s pink.

Posted by Creative Writing at Leicester at 05:42