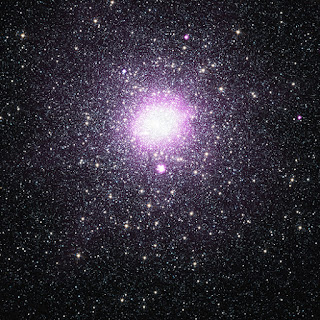 
As part of the second year undergraduate Creative Writing module, "Using Stories," students explore some of the overlaps between science and writing. This year, Dr. Ian Whittaker from the Department of Physics and Astronomy gave an amazing guest lecture on various remarkable astronomical phenomena; and students were encouraged to write poems inspired by cosmological research, and, in particular, the ground-breaking work of NASA's Chandra X-Ray Observatory in Harvard. We subsequently ran a poetry competition in conjunction with Chandra, for which students were invited to submit poems inspired (directly or indirectly) by one of Chandra's news stories.

The winning poem has now been chosen. The winner of the competition is Fraser McIntosh, with his poem "VLA J2130 + 12." You can read the winning entry published on NASA Chandra's famous website here.

There were also two runners-up, by Alicia Saccoh and Olivia Titherington, which are featured below.


When I turn my insides out for you, I let them hit the boards.
Every stage I’ve ever taken, ever floor I’ve fallen on,
They all hold my DNA within the graining of their wood.
It soaks me up. I get so thirsty, but it fades when I spill blood,
The purest form, you see, of beauty

Is the dying, desperate swan, her joints near-breaking –
Oh, they must be!
How else could her body do – ? But no,
She lives
She breathes
She moves
And weeps
And dances hard and long,
Hard and long.
All through the day,
And night,
No sleep! Hearts to be won!
And how could I waste time to eat
When the extension of my upheld wrist

Throughout the grand jeté,
Is not yet quite – just – so?
Tell me: how could I? I could not,
And so I wake up,
Get up; dark out, lights on
Stretch out, warm up
Oh, and where's the day gone?
It's almost time for bed again
My blood is on the floor again
I've never been more beautiful. I am sure to be fed.
The moment comes,
The lights illuminate me
And your cries immortalise me
And the moment forces me to break myself again,
And the music grabs and tears at me
And pulls me by my hair
And still the promise of your love
Is rising, forcing my feet up,
Up, up!

Ankles well over toes and turned right out and held so high
And – there.
That is how it happens.
That is how a tired thing flies.

The Sun and Her Children


She is the oldest woman of the sky,
The sun lit the earth from above and high.
Bright and burning with her orange-red glow,
Her presence was loved by creatures below.
And when she had burned and the day was done,
The light was hidden, the darkness had come.
She knew it was the time to take cover,
As the Moon would soon rise and take over.
His grey light was no match for her fire,
But still he did always desire
To keep the night and to take back the day,
And keep out the sun much to her dismay.
And when day was over she’d weep all night,
Sadness that came with darkness dimmed her light.
The late hours and night were a loss she’d mourn,
Until she did have her spot back at dawn.
And when the light mellowed and the dusk came,
Her joy was gone, she not did feel the same.
This sky, the moon and she would always share,
She knew that it could never be for her.

On time went and centuries passed by,
Like different visitors in the sky.
They greeted the sun and they left their mark,
She knew they would not be there after dark.
And now only few of her friends remain,
The Thunder and the lightning and the rain.
Despite her sorrow the sun still burned bright,
But longed for company in the dark night.
She wished for something she could call her own,
Something she could love and have at her home.
With this wish the silver stars were now born,
They were with her at dusk and stayed at dawn.
The sun was radiant and with joy she beamed,
She was not alone at night when she dreamed.
Stars filled the sky with glittery glow,
They sawed and glistened, and put on a show.
Their presence dazzled the creatures of Earth,
The sky was brighter now than the Sun’s birth.

In the middle of the glowing Sun’s joy,
The silver Moon still remained sly and coy.
He had become ugly, jealous, angry,
He stayed in shadows of the family.
He had had enough of the stars and her,
He planned to take the stars, he did not care.
And when the night came again the sun slept,
And with a vision the sleepy moon crept.
To commit the greatest heist ever done,
And he took out the bright stars one by one.
They were iridescent but not as much,
The result of his cold and icy touch.
The stars fought to stay with their mother,
They pleaded to stay with one another.
He had no mercy, he stole them away,
They never again saw the sun or the day.

The sun awoke from her restful night’s sleep,
She found out what happened and she wept.
Although she still burned and glowed forever,
She did not rise at dawn for whatever.
Two full moons had appeared and then gone,
And still the sad sun had not rose or shone.
The earth was festooned in sheets of white cold,
The result of the darkness staying bold.
The creatures of earth longed for her yellow heat,
And yet the solemn sun still retreated.
They wished on the stars that stayed in the dark,
They remained with their silhouette stark.
These stars mourned for these creatures below,
So with their power they burned bright and glowed.
Sun saw their light in sadness and despair,
Finally she had power to repair
The moon’s touch and she rose in the dark sky,
The ice melted and the creatures sighed.
The sun saw how much she was longed for,
And vowed to rise each day forever more.

The sun rises in the early hours,
Until the dusk comes and the moon towers.
Earth is not ever-bright as it had been,
The sun still shone but was not always seen.
She remains modest in some cold seasons,
Her sleep and rest does not need a reason.
But the Earth still spins and life does go on,
For they know she will not always be gone.
Some months she provides warmth everywhere,
Some months Earth is cold and sunlight is rare.
Some months she is discreet behind the clouds,
Some months they await her and say aloud:
“She’s there, it’s warmer, and flowers will bloom!”
As she guides them from the cold weather’s gloom
This season is spring starting the year,
No one complains because summer’s near.
The sun is content, with Earth as her friend
But she won’t forget, her heart will not mend.
She still wishes the stars were there by her side,
Burning bright by her, with her as their guide.
The stars remember the bright fire always,
The one who stands alone throughout the days.
The stars still follow the moon in the night,
But they glow for her with eternal light.

Posted by Creative Writing at Leicester at 13:01