Tania Hershman, "and what if we were all allowed to disappear" 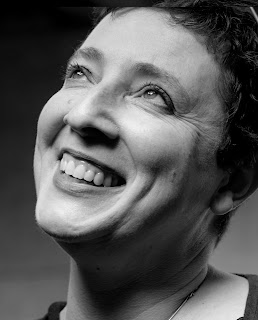 
and what if we were all allowed to disappear is Tania Hershman's seventh book. Tania's poetry pamphlet, How High Did She Fly, joint winner of Live Canon's 2019 Poetry Pamphlet Competition, was published in 2019. Her debut poetry collection, Terms & Conditions, is published by Nine Arches Press and her third short story collection, Some Of Us Glow More Than Others, by Unthank Books. Tania is also the co-author of Writing Short Stories: A Writers' & Artists' Companion (Bloomsbury, 2014), the co-creator of @OnThisDayShe, and the curator of short story hub ShortStops. She has a PhD in Creative Writing inspired by particle physics. Tania was recently writer-in-residence in the Southern Cemetery in Manchester, and made a radio programme about her residency, Who Will Call Me Beloved.  Hear her read her work on SoundCloud and find out more on her website here.

Her new book, and what if we were all allowed to disappear, is a collage of poetry, prose and prose/poem hybrids. It's a story of fragmentation, collision, absence and presence. Inspired by particle physics, Tania plays with words and narrative to create new shapes and stories, asking the reader, "What does it mean to be in pieces? What might it mean to be whole?" It's published by Guillemot Press on March 4 2020, and you can see more details here. Below, Tania introduces the book, and you can read a sample from it. 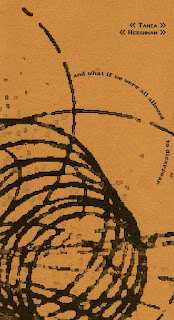 This is a version of the book I wrote for my PhD, for which I took inspiration from particle physics to look at the idea of parts and wholes. I have a BSc in Maths and Physics, but was never cut out to be a scientist. I became a science journalist, and slowly slowly moved towards my first love: fiction. When I started writing short stories - and then later, poetry -  I didn't want to leave the science behind so I played with it, using articles about science, and then time spent with scientists themselves, as inspiration.

For the PhD, I took this to a whole new level. I had a particle physicist as an external supervisor, and went and sat in on some of her lectures because particle physics has evolved over the past 25 years! I immersed myself, not only in physics, but in everything to do with parts and wholes. Which, as it turns out, is pretty much everything. Every topic has something to say about what “part” means, what “whole” is, how something can be one, the other, or even both. I followed tangents and went in such fascinating directions, from fractals to Gestalt psychology.

And while researching these topics, I was also experimenting on what I called “particle fiction”: books made of parts that were intended to work as coherent wholes. Not just chapters, something odder, more disjointed. The books I looked at in detail – and in one case physically took apart – were Bluets by Maggie Nelson, An Acre of Barren Ground by Jeremy Gavron, and Mr Fox by Helen Oyeyemi. When I say “experimented,” I came at it like a scientist, taking measurements, then plotting results on graphs and pie charts. I had such fun. The idea was to see how these books worked and then create my own.

The result was and what if we were all allowed to disappear. I never explain anything that I write, I will never tell a reader what I think it's “about,” because everything - especially the shortest and most experimental things - is a co-creation with the reader. I don't know what anyone will make of this book, in which prose morphs into poetry and vice versa and there are many gaps left for the reader to fill in. I really would love to hear if and how it speaks to people.

I can't quite believe this odd hybrid book found a publisher! I couldn't be more delighted with how the excellent Guillemot Press took what I'd done – which is formatted very precisely, printing the PhD was a bit of a nightmare – and came up with creative ways to present it, including pages made of tracing paper. And the GOLD COVER. Oh my. It's beyond anything I could have dreamed of. You don't need to know anything about, or have any interest in, particle physics to read this book. It contains parts which I hope work as a whole, and it looks at the idea of taking things apart and what is revealed. I will say no more about it, here is a little taster.


Susy sits in the waiting room. She feels like there is something she's forgotten. Although they did not ask her to bring anything. Susy is not sure what they want. She is also not sure exactly what this place is. She wonders if they are watching her. She looks around.
Susy is worried that she has left the gas on, or the taps, a door unlocked, a window open. She sees herself before she leaves the house, closing, switching off, holding keys. Susy breathes.
They call her name.


They call her name.
Susy breathes. She sees herself before she leaves the house, closing, switching off, holding keys. Susy is worried that she has left the gas on, or the taps, a door unlocked, a window open.

She looks around. She wonders if they are watching her. She is also not sure exactly what this place is. Susy is not sure what they want from her. Although they did not ask her to bring anything. She feels like there is something she's forgotten. Susy sits in the waiting room.


In the waiting room,
Susy sits. There is something

she's forgotten, Susy feels.
Bring anything,  although they

did not ask her. Not sure
what they want

from her. Susy is this
place? She is also not.

Sure. Exactly. What if
they are watching her, she wonders.

Around she looks, left.
The gas on, or the taps, a door

unlocked, a window open? Susy
is worried herself. Before she leaves

the house closing, switching
off, holding the keys. She sees

that she has her name.
Susy breathes they.

Posted by Creative Writing at Leicester at 02:53

Email ThisBlogThis!Share to TwitterShare to FacebookShare to Pinterest
Labels: and what if we were all allowed to disappear, featured author, Guillemot Press, particle physics, poetry, prose, science, Tania Hershman