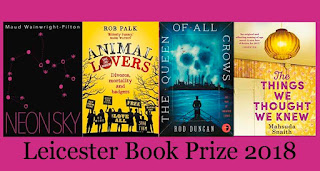 The prize was open to any book by a Leicestershire-based writer, published between May 2017 and April 2018. Books could be commercially, independently or self-published. Since this was the first year that the prize had run, we had to decide on judging criteria, and a statement about the prize. This is what we came up with:

“As well as literary and aesthetic quality, we will reward texts which represent or embody the values which we see as characteristic of the city: diversity, individuality, multiculturalism, democracy and an ever-surprising eccentricity. For that reason, the prize will aim to treat texts which are independently published, self-published or, in some way, marginalised, on an equal footing with books from major publishers. It will aim to celebrate books which have been overlooked by the mainstream.”

It was an absolute delight reading the books submitted. The books were remarkably varied and of a standard which would compare with any city in the country, or beyond. I have felt for a while that the literary scene in Leicester - with its multiple literary festivals, its nationally-known poetry and open-mic events, Leicester Writers' Club, its publishers and university courses - is going through a bit of a golden age; and the quality of the books on both shortlist and longlist is a testament to this.

All of the books were celebrated at a special event on June 12th at the Exchange Bar in Leicester, which included readings, talks and the presentation of the award. I don't believe literature is a competition; so, although in the end we had to choose a "winner," it's important to stress that the prize celebrates all of the wonderful books published in the area over the last year.

I've listed the books below, with a few thoughts on each of them. 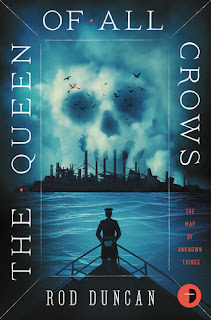 The winner of the 2018 Leicester Book Prize was Rod Duncan, for his novel The Queen of All Crows. This was a hugely imaginative, compelling and ambitious work of speculative fiction, which frankly I loved, start to finish. I've never read anything quite like it.

The other books on the shortlist were:

Animal Lovers by Rob Palk: a very funny, and elegantly written novel, which was hugely entertaining throughout.

The Things We Thought We Knew by Mahsuda Snaith: a thoughtful and poignant novel about friendship and loss - full of poetry and humour.


Neon Sky by Maud Wainwright-Pilton: a sophisticated and musical novel in poetry - I couldn't put it down.

The other books on the longlist were:

Birds Without Sky by Malka Al-Haddad: a harrowing collection of poems, with beautiful illustrations, about the refugee experience - a politically important and hard-hitting book.

Dream Dreams by Sandra Pollock: an inspiring pamphlet of poems. I particularly enjoyed the poems written in the Barbadian dialect. 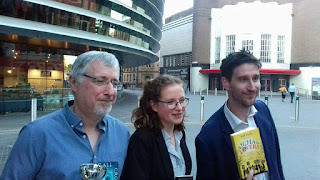